Thumping majority win in Karnataka has come as a booster for the sagging Congress party before a crucial parliamentary elections but the verdict does question, the main opposition, BJP’s ability to rise up to the occasion to present an alternate leadership before the country.

Many questions haunt but the foremost one is:

Should BJP look for alternatives rather than just bank on Modi’s popularity?

Fascinatingly, the Gujarat Chief Minister who is the BJP’s star campaigner of late in almost all the gatherings across the country commands good amount of respect from the party cadres and youngsters in the country. Without any doubt, Modi is a mass leader from who BJP expects to get benefitted heavily in the approaching Lok Sabha polls.

Therefore, his elevation in the party ranks is a well thought out plan by the central leadership despite his controversial image. 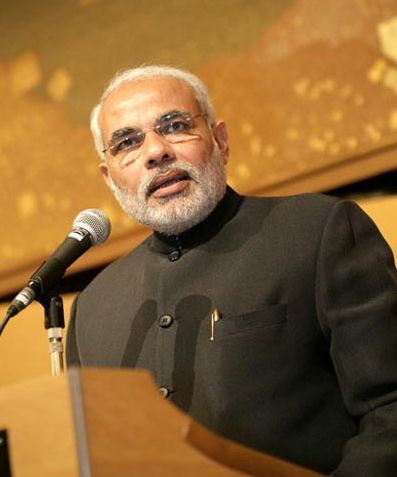 However, considering outcomes in last few elections it could be opined that BJP can’t earn victory at the Centre or any state just riding on the name of NaMo.

In Himachal and Karnataka, the saffron outfit lost by huge margin despite Congress on the back foot for major part of the campaign for its scandals and tainted leaders.

Narendra Modi campaigned in both the states (although not extensively in Himachal as in Karnataka) and was successful in drawing considerable amount of footfalls to the rallies.

The gatherings were entirely packed mostly consisting of youngsters who live by his name on various social media sites. Nonetheless, the turnout could not be transformed into votes for the party.

What does it imply?

It could only be interpreted that voters in Indian states vote for local issues and are isolated of national matters during the state polls.

Modi campaigned in coastal Karnataka and in Bangalore.However, both of these areas were won over by Congress by huge margins later.

As per the statistics, Modi campaigned in 37 seats   and was only able to translate 14 into BJP’s kitty unlike Rahul Gandhi won around 35 from total of 60 seats where he was actively involved as a campaigner. Therefore, conversion rate for Rahul was far better than Modi’s.

However, it was the same Rahul Gandhi who bit dust in Uttar Pradesh elections despite campaigning extensively.

Consequently, it could not be interpreted by any standards that the win was result of Rahul’s magnetism. Nor the hammering for BJP could be reasoned out as fading charisma of NaMo.

Interstingly, the youth of the state that is regarded to be one of the most well informed in the country. They too (including 3.5 million first –timers) voted for Congress including Bangalore that is considered to be stronghold of BJP despite praising Modi’ ideology. The reason was their yearning for a steady government this time.

This only shows that it requires stable and corruption free government to win over votes from the public than meager rosy speeches and allure of a single party leader.

Elections are won by cumulative efforts than by a single factor. Hence, BJP should start thinking about other alternatives too and work more on the ground level than just banking on the appeal of NaMo to ensure landslide victory in the impending Parliamentary polls.