Shimla: Police manning the campus ahead of the scheduled President of India Pranab Mukherjee visit, next week, students’ violence has abated after the tough measures taken by the administration that has even barred wearing of any organizational badges at the institute.

Students lying locked up in police custody for 5 days under charges of indulging in violence face more trouble as vice-chancellor ADN Bajpai has announced putting them on notice about annulling their academic degrees. 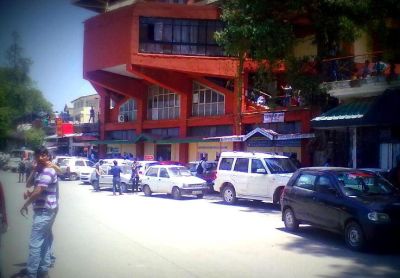 A committee constituted by the university to investigate the violence that erupted on 13 May has listed the involvement of about 50 students in the incident. With the administration bent upon investigating the academic and criminal record of these students an university official said, “list of these students would be released soon.”

With the SCA office locked up, no scenes of slogan shouting or protest being witnessed, the campus environment is fast returning to normal.

Anuj Kumar, a management student said, “the violence on the campus was bad. It should not happen. After all can’t the students organizations accommodate and settle differing views in a more civilized way.

Another student Vikrant said, thanks to the police, the tense environment on the campus has eased. This is supposed to be an institution of higher learning and not a place to indulge in gang wars.

President Mukherjee is scheduled to be preside over the annual convocation of the university next week.