Srinagar: A fake soul healer who allegedly sexually abused four minor girls in a seminary in Jammu and Kashmir’s Badgam district and used the religious centre as a centre for other sordid escapades has pushed politics in the Valley to the backburner, at least for the present. 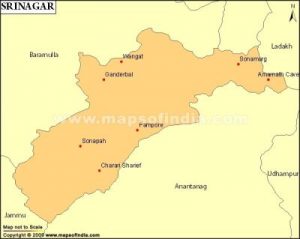 Public discourse in Srinagar and other parts of the Valley, where Sufism has a large following, has moved to Gulzar Ahmad Bhat, who was arrested last week from Shamasabad village of Badgam district.

Bhat, who claims to heal the souls of people through spiritual powers, was nabbed after four minor girls from the seminary run by him deposed before a local magistrate that he had been sexually exploiting them.

There was a public outcry as news spread that he had used religion to mentally overpower his victims.

Bhat had been running a sex racket in addition to abusing girls in his seminary, sources in the special investigating team (SIT) formed to probe the crime told. He was believed to be supplying girls to people at resorts in the Valley besides inviting ‘guests’ to his seminary for sexual escapades.

While Bhat was remanded to police custody for another week, another victim deposed before a court in Badgam against him.

Cutting across party lines, separatist and mainstream politicians demanded the most stringent punishment for Bhat.

The historical blend of tolerance and coexistence formed by the synthesis of Buddhism, Hinduism and Islamism came to Kashmir in historical succession.

With the growth of the Ahlehadith school of thought in the Valley during the last two decades, many educated local Muslims are questioning the relevance of saints and Sufis in a highly codified religion like Islam.

The moderate face of religion takes a beating each time such a scandal surfaces.

The fact that Bhat exploited the simplicity and religious devotion of innocent girls comes in handy for those arguing against debatable and credulous practices followed by Kashmiris to invoke divine blessings from ordinary mortals.

Anger is also growing against hundreds of Bhat’s followers, who are spread in different parts of the Valley. At least two imams have been disallowed by people from leading the daily prayers because they were seen closely associated with the fake saint.

Questions are also being raised against those parents who send their children to a religious seminary like that of the fake saint before fully verifying the antecedents of those running them.

The legal process to bring Bhat to justice would take its own time. But the brainstorming has already started in society – with many questioning the rationale of young girls and women going to invoke the blessings of so-called saints and soul healers.