Chandigarh: A Haryana Police officer, posted in the security wing of Chief Minister Bhupinder Singh Hooda, was sacked today, a day after he was arrested taking a bribe of Rs.1 lakh.

Jagdish Ram of 1st Battalion of Haryana Armed Police, Ambala, has been dismissed under article 311(2)(b) of the constitution, a police spokesperson said. 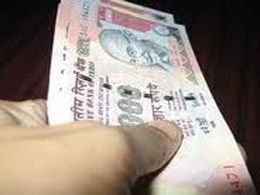 The assistant sub-inspector was nabbed by the vigilance bureau of Chandigarh Police Tuesday while taking the bribe from an accused charged with immigration fraud in Haryana’s Kaithal district, 130 km from here.

A large number of police personnel drawn from various units of the state police are deployed at the chief minister residence.

The arrest of the officer posted at Hooda’s residence has left the Haryana Police embarrassed. They say action has been initiated against two more officers in connection with the bribery incident.

Assistant sub-inspector Jitender Kumar, who was the investigating officer of the immigration fraud, has been suspended with immediate effect and sent to police lines, Kaithal.

Inspector Raj Kumar has also been sent to the police lines, the spokesperson said.

The investigation into the immigration fraud has been handed over to a deputy superintendent of police.

The Chandigarh vigilance bureau said the Haryana Police officials had struck a deal of Rs.13 lakh with the accused to settle his case.

The bribe amount of yesterday was the second instalment paid by the accused. The first, totalling Rs.5 lakh, was given to Jitender Kumar recently, the official said.