Shimla: About two dozen people are feared missing as a bus ferrying passengers on the Kullu-Manali highway lost control and plunged into River Beas, this afternoon.

The private bus (Ashoka Bus Service) was said to have been plying from Kullu to Ani before it lost control and plunged into the river, Ajay Mittal, additional chief secretary transport government of Himachal Pradesh let Hill Post know a  little while ago. 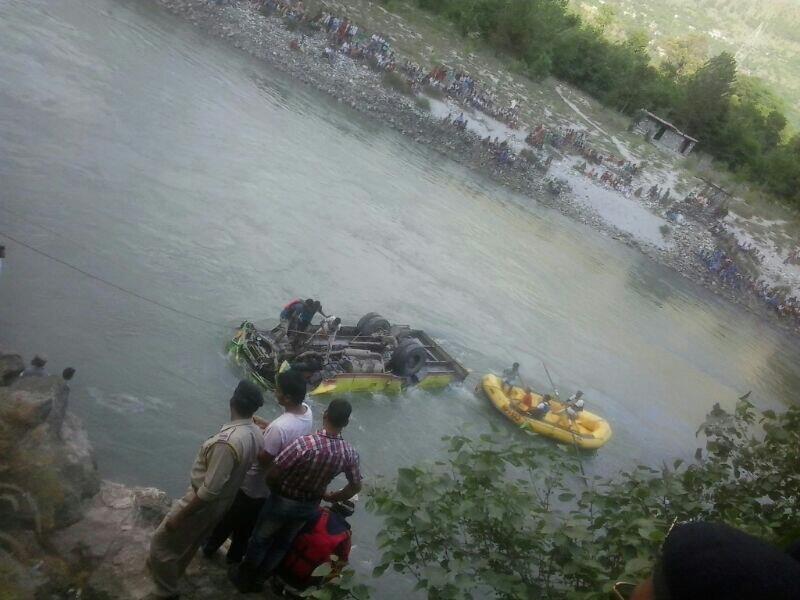 The accident is said to have occurred at about 3.30 p.m.

Mittal said that though a fax received from deputy commissioner office at Kullu put the preliminary toll at 6 dead but information collected over phone is putting the number of dead at about 20. Sixteen people are said to have sustained injuries in the accident.

Deputy commissioner Kullu along with rescue team is on the spot supervising operations and cranes have been deployed to pull the bus out from the river.

Bodies are said to be still trapped in the bus that had drowned in the heavy flows of the river.