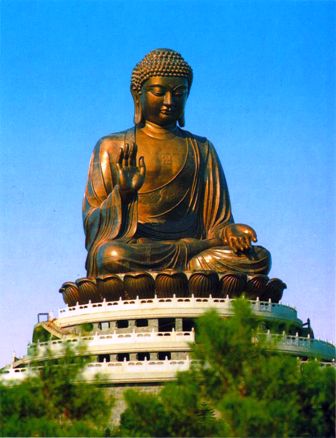 Moscow: Tibetan sculptors will create a statue of Buddha for Russia’s Tuva region that will be the tallest Buddha monument in the country, an official said.

Buyan Bashky, chairman of the Tuva Buddhists Union, said the monument, being erected on Dogee Mountain in the predominantly Buddhist republic’s capital of Kyzyl, will comprise Buddha sitting on a throne.

Work on constructing a six-metre-high throne began in 2011 and the total height of the monument after completion is expected to reach 15 metres, Bashky said.

“The statue of Buddha himself will be built in Tibet, and it is planned to be put up on Dogee Mountain in Kyzyl this fall,” he said.

Tuva has a population of 319,000 people, and according to recent social surveys, 53 percent of them say they are Buddhists.

Currently, Russia’s tallest Buddha monument is located in Elista, in the southwest region of Kalmykia – another heavily Buddhist area – with a height of over 10 metres. It is also the tallest Buddha statue in Europe.

The world’s tallest Buddha monument is the Spring Temple Buddha, located in China’s Henan province. Its total height is 153 metres.