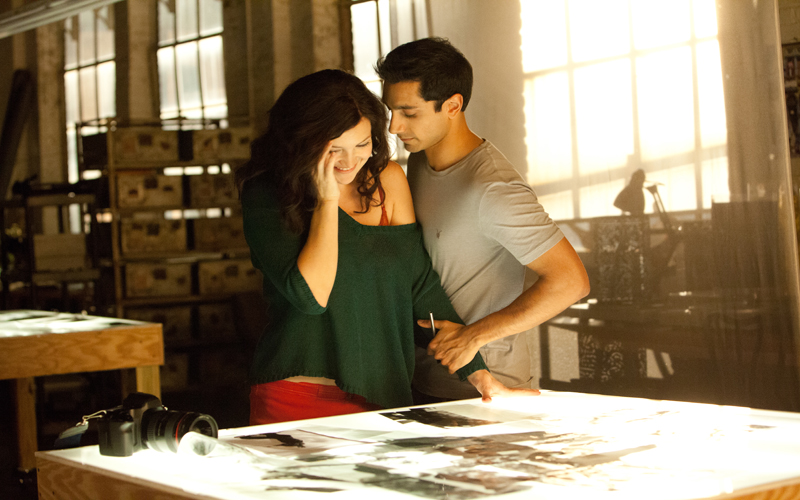 Washington, April 26 (IANS) Acclaimed Indian director Mira Nair is hopeful that her new thriller “The Reluctant Fundamentalist” would spur a dialogue between two worlds depicted in it particularly in the context of the Boston Marathon bombings.

Based on the novel of the same name by Pakistani writer Mohsin Hamid, the film tells the story of two conflicting ideologies – the “fundamentalism” of the capitalists and that of the terrorists – through a young Pakistani man chasing his American Dream.

The film “not only gave me the opportunity to make that modern tale on Pakistan, but it was also in its bones a dialogue with America,” Nair told IANS in a phone interview from New York.

She saw in “The Reluctant Fundamentalist” a “chance to create a bridge, create a dialogue.”

Nair said she has tried “to make a film that questions who is the other or who do we make to feel like the other and make something that’s not reductionist”, where one is either a good guy or a bad guy and things are black or white.

In a complicated world “we are many things. Not just one thing – not just Indian or American or just this or that, but we are a combination of so many identities especially in this globalising world,” she said.

And that’s what the film tries to approximate through the characters of protagonist Changez Khan (Riz Ahmed) and Bobby (Liev Schreiber), an American journalist, whom he tells about his experiences in the US at a teahouse in Lahore, “and the worlds they live in”.

“I think our film is about the mutual suspicions that these two worlds have for each other,” Nair said. “And in understanding why this suspicion exists, as we try to explain or reveal in our film.”

“That could be illuminating in terms of understanding how such a shift can happen in an individual … to bring men to an act of terror this way as we see in Boston,” Nair said.

“I have to be optimistic,” she said, but her film was just “an early step because we are still paying the price of reaction, that quick reach of reactions that I have seen happen in the country post 9/11.”

Delhi, which is a twin city to Lahore, doubled for the Pakistani city for filming the teahouse, the university and all the interiors. A second unit filmed the streets of Lahore and the exteriors for four days without the actors.

“No, we didn’t have that terror problem even creating Lahore in Delhi,” the director said.

“The first bolt of inspiration” that Nair had to make a film on Pakistan was in 2004 when she first visited Lahore, where her father had studied, and was “dazzled by the kind of largesse of warmth and spirit and love” she received.

“The creative sparks that I saw there – the music, the paintings – in every way it was full of an artistic expression that I certainly never associated with or knew about with what we read about Pakistan in newspapers,” Nair said.

Reading Mohsin’s “wonderful novel” in manuscript form 18 months later, she realised that like the writer “I have lived half my life in New York City and half my life in the sub-continent and I knew both worlds within and somewhat without.”

When Nair finally set out to make “The Reluctant Fundamentalist”, Mohsin joked if she was making ‘Monsoon Terrorist’ “because I love music, I love naach, gaana, tamasha,” said the maker of films like “Monsoon Wedding” “Mississippi Masala” and “The Namesake”.

In fact “Music is a huge part of my breathing universe and the modern music in Pakistan is just unbelievably inspiring” in its rendition of old traditional sources like the qawwali and the ghazal, she said.

And the poems of the sub-continent’s revolutionary poet Faiz Ahmad Faiz “were a huge cornerstone of why I made the film in the first place,” said Nair who has used three of his poems – “Bol, ki lab azaad hain tere”, ” Mori arz suno” and “Dil Jalane Ki Baat”.

But did she ever feel that the film’s treatment was in danger of slipping into ‘lite’ territory? “No, it’s my way,” said Nair. “For me music is very much part of how we live in the sub-continent and I wanted to integrate that.”

And “Yes, I don’t want my films to be only like heavy, sort of home work, like a lecture,” she said, “I make films also to take you on a journey that elevates you, that moves you, maybe shocks you. But in which, I hope, you can see yourself.”

And Iyengar Yoga helps her “keep going”, said Nair who begins the day’s shoot with an hour of yoga practice with crew and cast joining in, “but no one is forced to” she said.

“So actors come and go. And it just sort of promotes a great sense of strength and stamina and also the ego is left at the door, which is a very wonderful thing to make you work.”