Manali: Over the last few decades, rural livelihood and economy in the region has become dependent on apple orchards. The Kullu Valley, once a mixed field crop agricultural landscape has now transformed into to a fruit belt, with apple trees sprawling upwards on the mountainsides, and even within once irrigated rice fields.

Over the last 30 years, the valley witnessed a slow development in horticulture. Maximum agricultural households planted apple trees over the last 10 trees here. 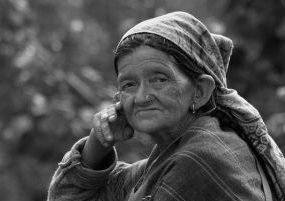 As livelihood of an increasingly large number of families became dependent on apple orchards, usage of common property resources and women’s role too have undergone a huge transformation.

Mostly, men are responsible for taking care of apple trees and they control the income too. Women’s role in horticulture is largely limited to labor work.

In a meeting with eight mahila mandals of the Kullu Valley, a group of over 20 women were asked how they felt about the transition to orchards, considering the male dominance in apple production.

One of them, Yanma Devi responded, “We’ll still have to do all the work!!” The rest of the women agreed. There was, however, no concern that they were losing ‘control.’

One woman opined that decisions were made jointly by men and women both and that the new wave of horticulture would make no difference.

The changes occurring in the Kullu Valley bring an entirely new dimension into women’s negotiations of livelihood strategies based on mutual forest use. Today, most households have planted apple trees in the same plots of land where women are still fertilizing and planting crops in the ‘traditional’ way. Eventually, these crops will no longer survive in the shed of large apple trees.

When they were asked what they would possibly do without the crops they are presently producing, they responded that they could buy all their food with the cash income from the apple harvest. They also responded that grass still grows below large apples trees, and makes good animal fodder. Apparently, women still find animal husbandry as a viable part of their future livelihood negotiations.

The next few years will be interesting for several women’s negotiations in private as well as common property land use. It will also be of interest to watch the development of women’s organizations in the face of changing livelihood strategies.

It would be prudent to note, however, that this is not the first livelihood shift, and probably not the last, to occur in the valley.

During the 1800s, the Kullu Valley was deeply involved in the production of opium and tobacco for national and foreign markets (Harcourt 1869).

At present, the ‘traditional’ system looks more inclined towards household consumption of beans, corn, millets, amaranth, rice and vegetables. Yet, this was not always going to be the case and clearly the agricultural system of the Kullu Valley has been a dynamic one, responding to changing needs and continually negotiating with new influences throughout the history.