A sharp decline in the child sex ratio in Jammu and Kashmir has prompted Committee on Subordinate Legislation to table a report recommending that moms to-be should be issued electronic smart cards to track their pregnancy – from conception to delivery, which will restrict pregnant women from terminating their pregnancy mid-way.

According to the Committee on Subordinate Legislation, electronic cards or track IDs will be issued to every pregnant woman in order to maintain a track record of the woman from conception up to delivery to restrict the termination of pregnancy at any stage. 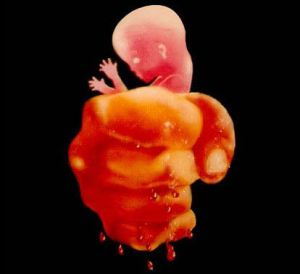 Female foeticide has been considered the biggest contributor to the sharply declining sex ratio in the state. According to the 2011 census, Jammu and Kashmir had 859 girls per 1000 boys (aged 0-6), in comparison to national average 914 girls per 1000 boys.

So, what actually went wrong in the state, which according to 1994-96 study was hailed by the United Nations Children’s Fund (UNICEF) as the safest place for girl child, with no female foeticide reported?

Why has J&K suddenly become so unwilling to the fairer sex?

Questions are so many, but only one answer – “a growing reluctance of parents to have a girl child in Jammu and Kashmir!”

Alarmed by the declining sex ratio depicted by the 2011 census, Jammu and Kashmir government has taken many steps to reverse the situation. In a novel step, the government announced cash prize of Rs.25,000 to anyone who reported about a doctor or family indulging in the heinous crime.

The initiative was one of its kinds in the county, but nothing changed – girls still continue to die in the womb in J&K.

Female foeticide leading to declining child sex ratio means the state is heading into a crisis, a crisis which will negatively impact the population dynamics of the country (if not tapped at the earliest).

People in the J&K need to be made morally aware that girl child isn’t a bad investment for the future, the time has changed, and she is a bread winner for every household.

Besides the awareness camps, sincere efforts need to continue in order to curb the gender imbalance in J&K, thus issuing smart cards to all pregnant women can be considered a welcome step against female foeticide.

Jammu and Kashmir Health Ministry has declared 2013 as “Save the Girl Child Year” in the state. Hope a difference is made.