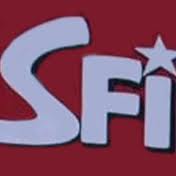 Kolkata: The bereaved elder sister of a Students Federation of India (SFI) activist, whose death in police custody led to noisy protests, Wednesday called for a ban on politics at educational institutions and urged students not to join politics.

She alleged that party leaders use innocent students for their political interests.

Sudipto Gupta, a post-graduate student of Rabindra Bharati University and an activist of CPI-M’s student wing SFI, died Tuesday allegedly after policemen assaulted him in custody.

Gupta’s elder sister Sumita Sengupta took a dig at the CPI-M, alleging that the deceased activist had been brainwashed by the party.

“CPI-M brainwashed my brother. The leaders used him for the party’s interest,” Sengupta said.

“Students should concentrate on studies only. They should not join politics. They also should not participate in political rallies,” she said.

Sengupta demanded a fair inquiry into her brother’s death.

“What did my brother do as he was beaten to death mercilessly? Like others, I also want a fair probe into his death. But I don’t know where should I go to get the fair inquiry?” she said.

Police said the activist died after he crashed into a lamp post while being taken to jail.

Thousands of Leftists Wednesday joined the funeral procession of the deceased student leader, whose death triggered outrage cutting across the political divide.