Deathknell – a heavy metal and classic rock band originated on the streets of Shimla is all set to launch its first official video on YouTube.

“Deathknell is only the first rock band in Himachal Pradesh to have launched a music album and is now the first to launch an official video,” says proud Manish Kashyap, vocalist and lead guitarist of the band. 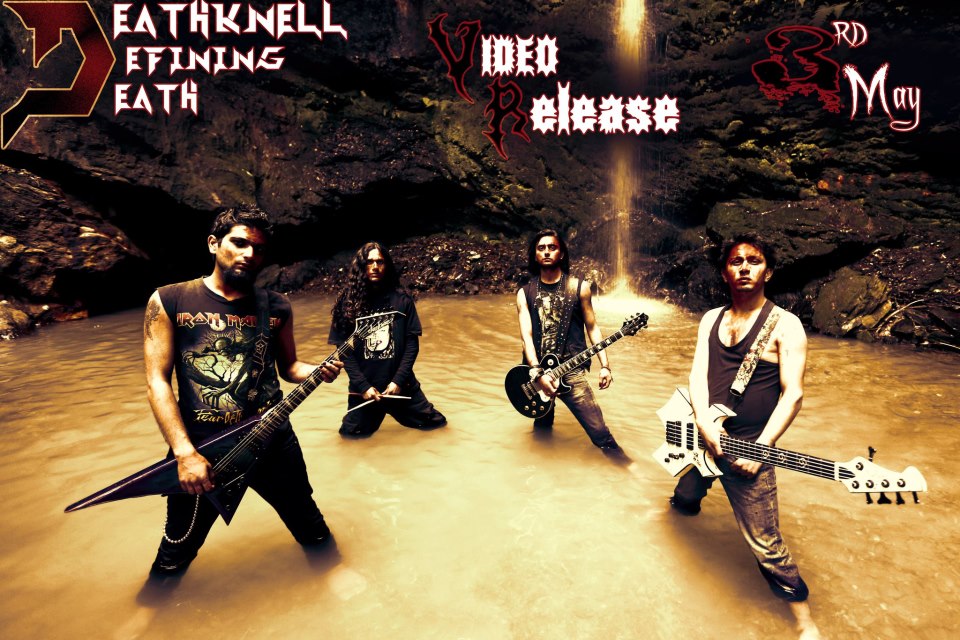 Deathknell released its first music album titled ‘Still to Decide’ in October 2012, and come May 2013, they will have their first music video released. The video will be officially released on Friday, May 3 at 7:00 pm on YouTube. You can show your support on their Facebook event page. 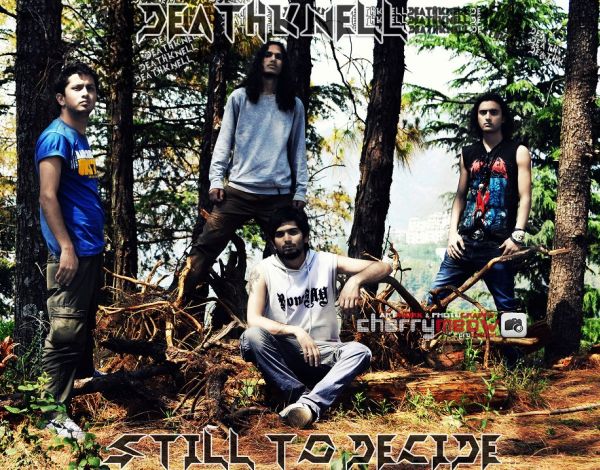 The fantastic four (Manish Kashyap, Purvaj Chauhan, Sandeep Sharma and Manish Verma) that comprise Deathknell are very excited about the video and expect a good response.

The video shot at ‘Chaidra ka nal’ (a waterfall some 45 minutes on foot from Shoghi on Tara Devi temple road) is based on the song Defining Death from their album Still to Decide. The video has been filmed by Snow Leopard Productions – a film production house based in Shimla.

Manish Kashyap told Hill Post that “the video has been sponsored by one of Deathknell’s avid fans, Mr. Joginder Negi from Rampur.” “Negi also sponsored their music album,” he added.

“Our album has been a great success and we are expecting the same response from all metal fans for the video too.” Manish Kashyap said.

Deathknell band draws its music inspiration from the likes of Metallica, Children of Bodom and Guns and Roses and comprises of heavy and classic rock fanatics:

Bharat Bhushan is a Post graduate in Journalism and Mass Communication. An enthusiastic young blogger and writer with over 6 years of experience in new media technologies.

He loves writing about gadgets and travel.

His learning attitude keeps him happy and contented. With all his experience he is always ready to learn whatever little every man has to offer.