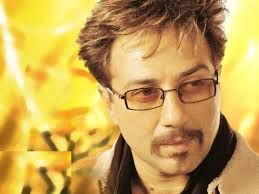 New Delhi:  There has lately been a lot of hoopla about the Rs.100 crore club, but Sunny Deol, who has been active in filmdom for three decades, says the trend has been there as long as he can remember – but it was never hyped.

The 56-year-old, who debuted with superhit romantic drama “Betaab” in 1983, is surprised at the hype around movies grossing over Rs.100 crore.

“I don’t understand why it is hyped so much. There are films that have earned much more than Rs.100 crore, but it was never hyped earlier,” Sunny said in a group interview.

“It’s only now that people make an issue out of it. My film ‘Gadar- Ek Prem Katha’ had earned several crores. It was a blockbuster. People appreciated the work and the storyline,” he added.

The actor, who also featured in hits like “Ghayal”, “Darr” and “Damini”, finds it difficult to get a handle on the trend of the No.1 race.

“I don’t understand why everyone wants to be on number one today. People have become insecure. The quality of work is lacking and major focus is on the money a film will earn,” he said.

Last seen in 2011 super hit comedy “Yamla Pagla Deewana” (YDP), which saw him again teaming up with his father Dharmendra and brother Bobby after “Apne”, Sunny is not perturbed by any trend or competition.

“What people are doing today, I have seen and done all this earlier. I don’t like it (Rs.100 crore club) being hyped as if it was never there before,” he said.

“I have come back after a break. I am not seen around much now because I have not entered this racket. It doesn’t bother me,” added the actor, who will now be seen in “Yamla Pagal Deewana 2”, which releases June 7.

Sunny is one of the those actors who made his mark as an action hero. He says that in those days, shooting stunts was a different ball game as they couldn’t fall back on high-end technologies.

“Earlier, when we used to shoot action sequences, we had to do everything on our own. We didn’t have advanced equipment at that time. I never used body doubles. Action is something that has always interested me,” he explained.

As for fitness, Sunny can give the young brigade of actors a run for their money. He says there is no big secret behind it.

“I am a very simple and hardworking person. I have never worked to have six-pack abs or flaunt my muscles. I work out and take normal diet,” Sunny said.

His ready to release, Sangeeth Sivan-directed “Yamla Pagla Deewana 2”, will see him as a recovery officer.

Apart from the three Deols, the film also involves Sunny’s wife Linda as the scriptwriter and his son Karan as an assistant director. Dharmendra has produced the film.

He said working on the film was like a family get-together.

“It has been like a family affair. We all were together. YPD-2 is different from the first one. It was my wife’s story idea, she has written the script. The film is set in Britain.”

“My character helps families in Britain by assisting them to repay bank loans. Bobby’s and my father’s characters are based in Benaras. They try to bluff me in the film and later the story takes an interesting turn,” Sunny added.