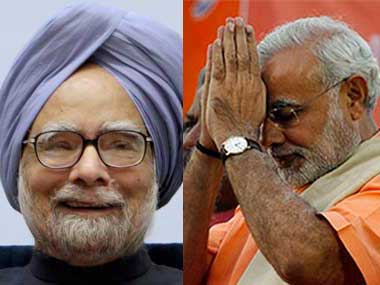 The political debate is only getting wider as we slowly creep towards 2014 general elections. The ruling coalition seems to be as much troubled to save itself as the opposition is to please its allies to agreeing on a single name as prime ministerial candidate. Though the UPA-2 has almost made it to the finish line for now, the NDA seems to be messed up in the dressing room itself. But that doesn’t seem to be helping the UPA either, which so far having survived on a wing and a prayer, clearly looks fragmented for another stint together; this being more visible as the regional allies continue taking their hands off the leaking pot, one after the other.

Those supporting the government from outside are leaving no stone unturned to make sure the congress bleeds white. In such difficult scenario, the Congress Party has made pathetic use of the public funds to please these back biting, parasitic companions. Despite getting a mouthful, read it development aid, they continue to abuse the congress in whatever manner they feel works for them, and while struggling to save its face, congress can hardly manage to respond to these attacks in equally aggressive tone.

Talking about the debate around PM candidature, the nation has so far been kept guessing about its leader for the next 5 years.  For one reason or the other, both the national parties find it comforting to continue evading this question; it saves them from the criticism, perhaps.

The political story and pre-poll equations are just getting more complex with the growing might and aspirations of the regional lords. Adding spice to the dish, congressmen have suddenly realized that they still have somebody named Manmohan Singh among them, and here comes this confusing wave of applause for the Mom and Dad model running this family for last nine years. But, little has the family realized that the father has hardly played a father in all these years. All it has witnessed is the mother giving her best every time the ship has sailed through troubled waters, and father failing every time to act tough against the troubling kids.

So, clearly the centre of the debate has so far been everything but national interest. And since our ignorance towards the national interest is nothing new, hardly do we care about it anymore as we keep getting used to it with every passing day.

‘Often, our immediate reaction to a sudden crisis helps save ourselves. Our response to gradual crises that creep up upon us, on the other hand, may be so adaptive as to ultimately lead to self-destruction.’ – The Oath of the Vayuputras.