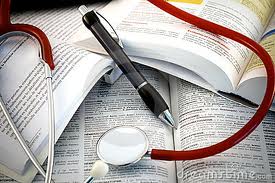 Washington: Calling a new Medical Council of India (MCI) entrance test adopted by some state governments as discriminatory to NRI students, several Indian community organisations in the US have sought its gradual implementation over two years.

The new test requirement will hamper NRI students applying for medical and dental college admission in India as there are no test centres in the US, Europe and other countries with a large NRI population, the Global Organization of People of Indian Origin said in a media release.

Asking the authorities to maintain status quo on admission of NRI students to medical and dental colleges for two years, the GOPIO said otherwise most NRI students would not be able to appear for the examination scheduled for May 5.

About 2,000 NRI students apply to MBBS and BDS admissions in India every year.

For the last 20 years, Indian medical colleges have been giving admission to NRI students based on NRI quota on the basis of equivalent certificate from the education section of the Indian missions and the Association of Indian Universities, GOPIO said.

However, this year, MCI has implemented a centralised National Eligibility and Entrance Test (NEET) for MBBS and BDS admission in India. The Kerala government is the latest one to adopt it, it said.

Since the MCI announcement of the new national entrance test was made only in January 2013, there is not enough time to prepare for the test for NRI students in the current academic year as no clear examination guidelines are available yet, GOPIO said.

NRI students from the US, South America, Canada, Australia, Africa and Europe also have difficulty in taking the test unlike students in the Middle East who have examination centres available in Saudi Arabia and Dubai, it said.