Yellow metal is stealing headlines worldwide for the last few days. The precious metal regarded as the best bet against the inflation for not too long back is facing serious heat at the moment. A fall of around 10% in the last week spells doomsday for the gold investors.

The brunt has been faced mostly by the aggressive investors who offered a sizable chunk (50%-60%) of their investment portfolio to gold. Also, gold is the only hedge against the rising inflation especially in the Indian context where Index inflation Bonds (IIB’s) are still a distant reality.

Gold has always been a disciplined soldier when it comes at delivering in taxing circumstances barring few instances in the history. For the last decade gold rose to gigantic 600% and was trading at Rs 30,000 levels till last week. At present it has slipped to around 26000 levels (it traded lastly at 25789.00 on Gold (MCX) (Rs 10/g) on 16th April, 2013). 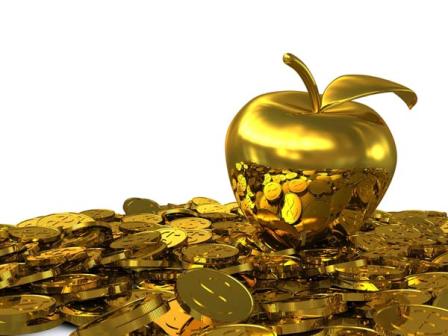 As per the experts, the fundamentals are still intact in the gold market and the present sink in gold prices doesn’t relate to any technical weakness whatsoever.

Even revival in American economy of late gets negated by China’s (major driving force at present) dismal first quarter GDP results (7.7%) which are below expectations.

The reason that Cypriot decision to sell gold (just about 13.4 tonnes) has brought this unsteadiness in the market couldn’t be digested easily.

India had imported around 200 tonnes during January to March quarter of 2013.This is 24% more than the corresponding quarter of 2012 as per Bombay Bullion Association (BBA).

Therefore, comparable volatility should have been reported in the gold prices at that time too and that is not the case.

However, analysts might contest the above rationale by voicing that other struggling European nations could also follow Cyprus’s way and this instills fear that could lead to a crash in the market. Italy (2,452 tonnes), Spain (281.6 tonnes), Portugal (382 tonnes), Ireland (6 tonnes) and Greece (112 tonnes) hold significant gold reserves.

Historically, bearish mood in gold segment doesn’t last long and bull returns back in short period of time. Between 1987-1999 prices of gold fell by around 50% but it returned back aggressively in the last decade of 2001-2012.

Interestingly, stock markets are showing signs of recovery and Sensex rose up to 18744.93 (gain of 387.13 points) and Nifty to 5688.95( 120.55 point gain) lately  as some of the money invested in gold is finding its way  back into the stock markets  although attributing  the rise in bourses completely to gold’s fall would be imprudent.

While gold loan provider like Muthoot Finance and Mannapuram Finance are also bearing the brunt as lowering gold value could result in serious under recoveries for these firms as feared by RBI.

Navratras couldn’t have been any better for those preparing for wedding at their homes. Nonetheless, weak gold would undoubtedly attract increased purchase in the days to come and rejuvenate itself in a matter of time.