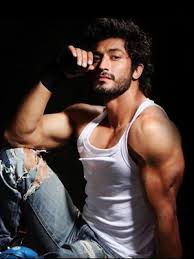 Mumbai: Actor Vidyut Jamwal, who is supposedly dating TV actress Mona Singh, got angry when a reporter asked him about the actress’ morphed MMS that has been in the news lately. He said such things should not be promoted.

“I think men like you promote such things. People like you talk about these things, see them. Indian men should not support vulgarity in any form,” the 32-year-old said here Tuesday in an interview when asked about his opinion on the things happening against the dignity of women.

Mona Singh has lodged a complaint at the cyber-crime branch against the morphed MMS, which was leaked Friday, and went viral.