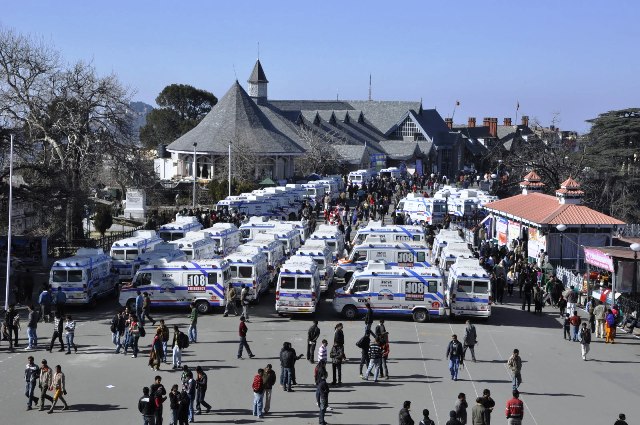 Shimla: The Himachal Pradesh government will conduct an inquiry into the purchase of 108 ambulances under a centrally-sponsored scheme by the previous BJP regime, Chief Minister Virbhadra Singh said Monday.

“The government will look into the irregularities in the purchase of ambulances under the National Rural Health Mission,” he told the assembly.

Replying to a debate over the opposition Bharatiya Janata Party’s resolution over the erasing former prime minister Atal Bihari Vajpayee’s name from myriad schemes, including free ambulance service, the chief minister said: “The central government has reviewed the ambulance scheme operating in the states under various names and decided that the scheme should be named the National Ambulance Service across the country.”

The BJP said the Congress government soon after coming to power in last December had changed a number of schemes named after its party leader.

On Vajpayee’s birthday in 2010, then chief minister Prem Kumar Dhumal launched the round-the-clock free ambulance service across the state. At present, 108 ambulances are operating.