Dharamsala: Onset of the 10 day Devi Chaitra Navratras, a period considered holy by Hindus, has lakhs of pilgrims making a beeline for the holy Shaktipeeths located in different parts of the state. The administration has claimed that all necessary preparations are in place to handle the crowds.

Deputy Commissioner of Kangra, C Palrasu said, “special arrangements have been made for the Chaitra Navrtara when thousands of pilgrims are expected to visit the Shaktipeeths temples of Bajjreshwari, Jawalamukhi and Chamunda.” 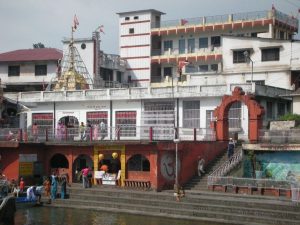 Besides the three temples located in Kangra district, heavy rush of pilgrims is also being witnessed at Chintpurni temple in Una district and Shri Naina Devi temple in Bilaspur.

Some of these temples are also among the richest temple trusts in Himachal Pradesh.  The Navratras which started today would conclude on 20 April.

Palrasu said that all arrangements for maintaining law and order, accommodation, health care, sanitation and other facilities for the visiting pilgrims had been completed.

“To maintain proper sanitation in the temple towns, 300 workers had been put on duty in each town, he said.”

For ensuring security, the district administration had imposed a ban by invoking section 144 of the Criminal Procedure Code (CrPC) about carrying of fire arms, sharp-edged weapons and explosive material during the Navratras.

“As these temple shrines are only connected by road, special arrangements have been made to regulate traffic,” said Balbir Thakur SSP Kangra. Enough space has been provided for the parking of the vehicles of the visitors in the three Shaktipeeths across the District, he added.

Five armed reserves had been deployed for overlooking law and order and services of 300 Home Guards personnel had been requisitioned to regulate traffic.

Police personnel in civilian outfits too had been deployed to keep vigil on the anti-social elements, a bomb disposal squad had been put on readiness and dog squads had been pressed into service to keep an watch over any sabotage attempts, said the police officer.

“The police have installed closed circuit television (CCTV) cameras at the temples to manage the crowd,” said Thakur.

Coconut as Prasad offering would not be allowed to be taken in the temple during Navratras. 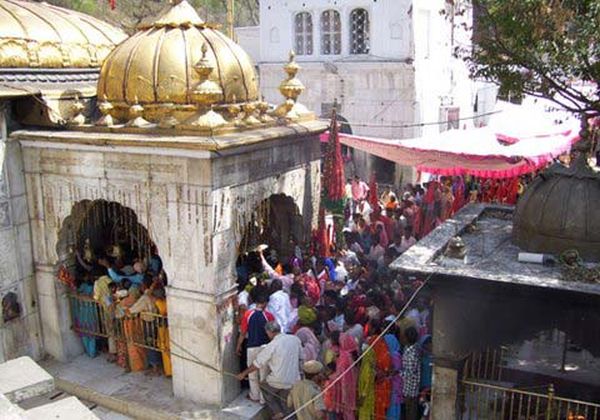