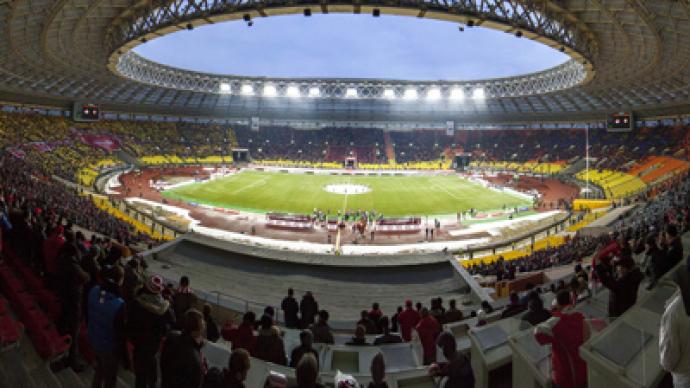 The 78,360-capacity stadium will shut for refurbishment after hosting the world athletics championships in August, and builders will be tasked with meeting FIFA regulations on spectator comfort, VIP facilities and media resources.

Russia’s stated budget of $19.2 billion for the World Cup has come under severe pressure in recent weeks, especially after the host city of Nizhny Novgorod requested around $9 billion for its preparations.

“If FIFA keeps all of its tough demands, then it could cost as much as 20 or 25 billion rubles ($635 million to $793 million),” said Marat Khusnullin, Moscow’s deputy mayor for city planning and construction, Saturday.

He added that the stadium could be deepened below ground level inside to create more space, but did not specify how that would impact the cost estimate.

Luzhniki’s current configuration has its stands sloping gently backwards in a bowl shape but this may not be the case for much longer, Khusnullin said.

“The angle of slope of the stands will probably be changed,” he said.

Luzhniki was built in 1956 and has had a complex history, including hosting several events at the 1980 Olympics, the deaths of at least 66 spectators in a crush in 1982 and hosting the 2008 Champions League final, for which the usual artificial pitch was replaced with natural turf.

As part of the rebuilding work, the stadium’s imposing facade of concrete columns will remain.

Moscow will have two venues for the 2018 World Cup. The other stadium will be Spartak Moscow’s new arena, due to open in May 2014.

The World Cup will take place in 12 stadiums in 11 Russian cities, from Kaliningrad near the Polish border to the Ural mountains city of Yekaterinburg.