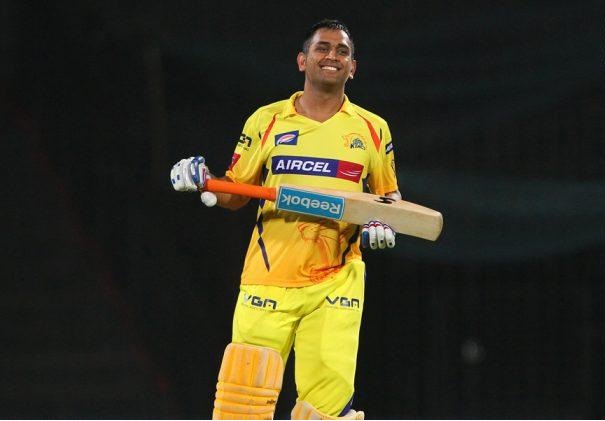 With Super Kings struggling at 99 for three, Dhoni played an brilliant 37-ball innings that was studded with seven fours and four sixes as Super Kings achieved the target of 160 with two balls to spare. Dhoni was also adjudged Man of the Match. 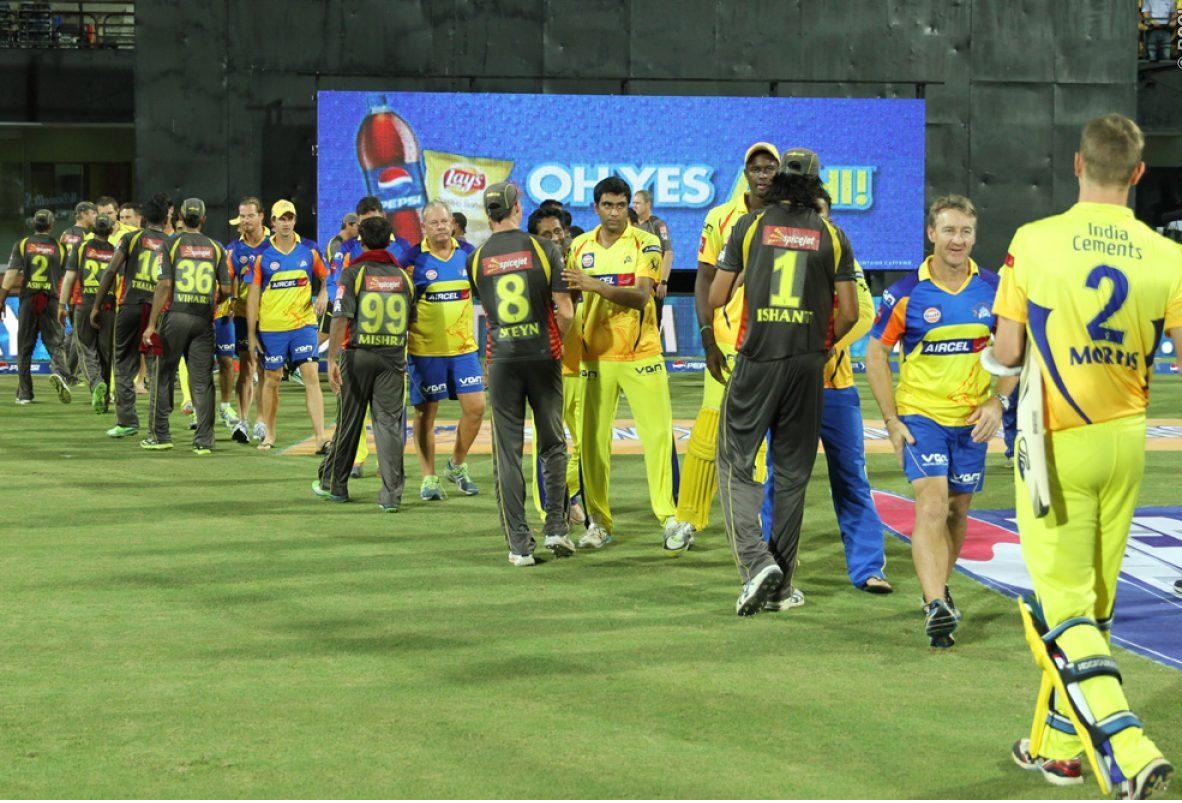 Sunrisers had made 159 for six in 20 overs after Shikhar Dhawan, playing his first match of the season, struck a valiant unbeaten 63.

Super Kings started their chase on a strong note with Mike Hussey (45) and Murali Vijay (18) adding 65 runs for the first wicket.

At a time when it looked that the openers were settled, Vijay stepped down the track to hit leggie Amit Mishra (3/26) but missed the line and was stumped by Quinton de Kock.

Mishra also picked up Hussey in the next over caught behind.

Hussey was in good touch and hit five fours and two sixes in his 25-ball knock but he was unlucky to get out. He tried to sweep Mishra but he missed it and hit his pad and struck the back of his bat and lobbed to the keeper.

Suresh Raina (16) also got a good start but failed to carry it forward as he holed out to Darren Sammy at long-off and became Mishra’s third wicket.

While Mishra, picked up the top-order, the most impressive Sunrisers bowler was 25-year-old leggie Karan Sharma, who have away just eight runs from his four overs.

It was a maiden 16th over from Karan that raised hopes for Sunrisers as Super Kings needed 46 runs off 24 balls.

But in the next over Dhoni, who was dropped by Mishra when he was yet to open his account, smashed Dale Steyn for two sixes and brought down the equation to 32 from 18.

Dhoni again came down hard on Steyn hitting the South African for a four and six as 13 runs came of the penultimate over.

It was a tough day for Steyn as he gave away 45 runs in his four overs, with 27 coming from his last two.

Super Kings needed 15 runs off the last over and after a first-ball wide, Dhoni smashed the young Ashish Reddy for a six and two fours to finish off the innings.

Earlier, Dhawan hit a gritty 63 while Ashish Reddy made a quick-fire 36 off 16 as Sunrisers Hyderabad made a fighting 159 for six. Dhawan hit 10 fours during his 45-ball knock.

It was a brave innings by Dhawan, who was retired hurt when he was hit on his lower abdomen by Bravo’s short-pitched delivery in the 14th over. But seeing the team in trouble, he came out to bat and took Hyderabad to a competitive total on board.