Shimla:  Himachal Pradesh Chief Minister Virbhadra Singh today virtually turned the tables on the opposition BJP on the issue of mass unauthorised surveillance of telephones of politicians and bureaucrats. 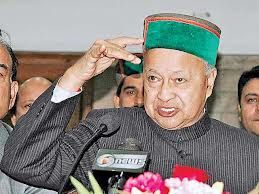 Soon after Question Hour in the assembly, BJP member Ravinder Ravi stood up and showed a media report that the government was indulging in “snooping” activities.

Responding to it, the chief minister dismissed the allegations in just three lines by saying: “There is no snooping going on anywhere. The days of snooping and phone tapping are over. They are performing only security duty.”

Earlier, Virbhadra Singh had equated the state’s police during the previous BJP regime with the German Nazi regime’s dreaded Gestapo, the secret police.

“The police are expected to be impartial in their dealings. However, during the tenure of the previous government, the police were virtually converted into the Gestapo,” Virbhadra Singh said during his budget speech March 14.

The computers in the CID and vigilance bureau offices were seized on the night of Dec 24-25, 2012, hours before Virbhadra Singh assumed charge as chief minister.

The chief minister has already said that action will be initiated against all those, including mobile phone companies, who were involved in the surveillance of phones.

He said last month that 1,371 phones were tapped. Of these, the home department had granted permission to tap only 170 phones.

Virbhadra Singh had also accused the previous government of tapping his phones and bugging his rooms.