Shimla: District Administration failed to impose guidelines on utilization of Member of Parliament Local Area Development fund (MP LAD), which resulted in a reduced amount of release of funds to the extent Rs 3.10cr in Scheduled Caste inhabitant area during 2005-2012.

Deputy Commissioner, Shimla, revealed that of Rs 16.10cr had been sanctioned during 2005 and 2012 under MP LAD scheme but Rs 14.18cr were released. Shimla district had no ST area. 22.5 percent of released fund Rs 3.19cr was to be utilized in SC inhabitant area. Only Rs 9 lakh were released for execution of developmental work in SC inhabitant area due to lack of understanding of scheme guidelines by district authorities. Balance Rs 3.10cr was utilized in other areas. 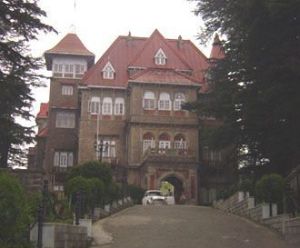 Revised guidelines of November 2005 of MP LAD scheme says that MP are required to recommend at least 15 percent fund in SC inhabitant area and 7.5 percent funds for the areas inhabited by ST. In case, a constituency does not have ST inhabited area, such fund may be utilized in SC inhabited
area.

While confirming the facts, District planning officer stated their efforts to implement the provisions of the MP LAD schemes fund utilization guidelines.

However, CAG found the statement unsatisfactory. The funds should have been released to the areas inhabited by SC population as per scheme guidelines as there is no ST inhabitant area in Shimla district. CAG report revealed that due to non-adherence to the provisions of the MP LAD scheme guidelines led to less release of scheme funds.