Shimla: Bombay High Court Judge, Justice Ajay ManiKrao Khanwilkar will take oath as the new Chief Justice of the H.P. High Court on April 4, 2013. He will be administered the oath of Office by the Governor Urmila Singh at Raj Bhawan.

Justice Khanwilkar hails from Pune in Maharashtra. Born on 30 July, 1957, he was appointed Additional Judge of the Bombay High Court in March 2000 and confirmed as permanent Judge in April 2002. 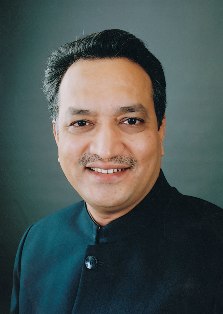 He enrolled as an Advocate in the year 1982 and handled Civil, Criminal and Constitutional matters before the Subordinate Courts, Tribunals and High Court of Judicature at Bombay on the Appellate Side as well as the Original Side.

He started practice exclusively in the Supreme Court of India from the year 1984. Justice Khanwilkar has a wide range of exposure in Criminal, Civil, Constitutional, Election and Co-operative matters.

The Registrar General AC Dogra conducted the proceedings and read out the Warrant of appointment of Justice Rajiv Sharma. 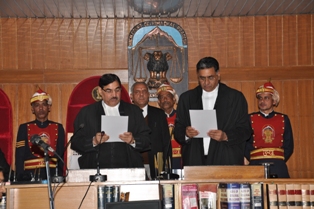 Justice Rajiv Sharma, born on 08.10.1958 in Shimla has been in legal profession since the last 31 years. He obtained degree in Law from H.P. University. He was enrolled as an Advocate in 1982 and designated Senior Advocate in the year 2002. He primarily practiced in the High Court of H.P. in Constitutional Law, Administrative Law, Employment cases and Environmental Law. He was appointed as the Additional Judge of the High Court of H.P. in April 2007.