In what was a closely contested match, BCS batting first posted a total of 163 runs, for the loss of 5 wickets in their allotted 20 overs.

In reply LSS, fought bravely, but could only manage 149 runs for the loss of nine wickets in their set of overs. 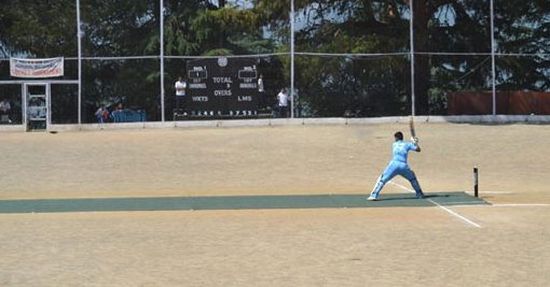 Nakul Vij of BCS was the highest scorer with 46 runs. Rohit Saharan took three wickets to help the hosts win the match and the tournament, a performance Cottonians (as BCS boys are called) will savor the year long.

Rohit Saharan for his all-round performance was adjudged the Man of the Match.

Durga Public School, Solan, DAV School Solan, Vivek High School, Chandigarh and St. Edwards School Shimla were the other teams that participated in the 13th edition of the tournament.

The annual tournament held in the memory of Major RK Von Goldstein only Old Cottonian headmaster and the last foreign headmaster (1964-1976) of Bishop Cotton School, Shimla (oldest public school in India, founded in 1859) commenced in 2001.

The tournament is supported by Shimla District Cricket Association.