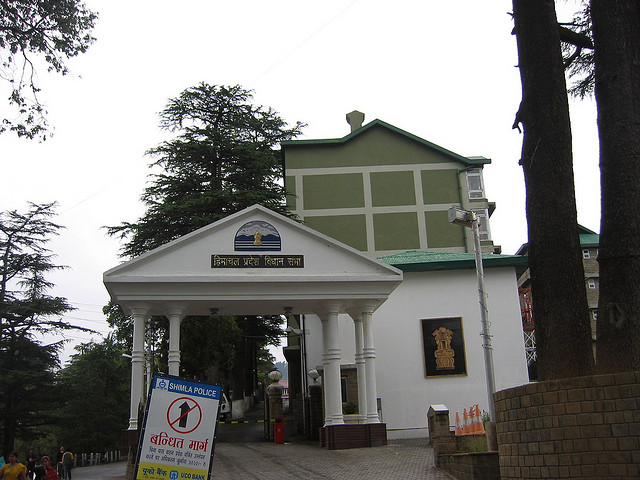 Shimla: The ruling Congress in Himachal Pradesh Tuesday called for redefining of the term “walkout” from the assembly.

A controversy on the issue erupted a day earlier when the opposition Bharatiya Janata Party (BJP) claimed that it had staged a walkout from the assembly.

Speaker B.B. Butail, clarifying on the issue, insisted that the walkout was staged after the house was adjourned.

The impasse in the house led the BJP to stage a walkout, abstaining from Question Hour.

As the house assembled Tuesday, BJP member Rikhi Ram Kaundal said it was the second time (in the ongoing session) that the sanctity of the house had been compromised.

At this, Health Minister Kaul Singh said: “There is a need for redefining the term walkout.”

“When the speaker is sitting and the opposition goes out of the house, that should only be considered a walkout,” he added.

The treasury bench insisted that any attempt by the BJP to move out of the assembly after the house adjournment was not a walkout.

The BJP, on the other hand, insisted that the treasury bench was just trying to go into technicalities for creating confusion on the issue of its walkouts.

Leader of opposition Prem Kumar Dhumal said: “It seems the speaker is in competition with the opposition to go out of the house first.”

He insisted that the walkout was staged Monday before the house was ordered adjourned.

Butail clarified that he was bound to go out of the house when business was over.

“I will not wait till the opposition walks out,” he said.

Confusion prevailed in the house Monday soon after the reply of Chief Minister Virbhadra Singh over BJP’s resolution on renaming of schemes started during its previous regime.

After the reply, the opposition expressed dissatisfaction. In the meantime, the speaker adjourned the house.

In the melee, BJP members left the house raising slogans.

The BJP had earlier also created ruckus in the house over its walkout.

“We staged a walkout but it has been reported in a section of the press that there was no walkout,” BJP member Suresh Bharadwaj said in the assembly March 22.

“It’s an unhealthy practice of issuing a statement (regarding the walkout) by the Vidhan Sabha,” he added.