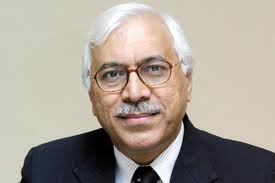 New Delhi: People accused of rape, murder, kidnapping, dacoity and moral turpitude should be barred from contesting polls, former chief election commissioner S.Y. Quraishi says, while noting the number of members with criminal charges against them has gone up from 124 in the previous Lok Sabha to 162 in the current house.

“This is a disturbing trend. At least people facing heinous charges like rape, murder, kidnapping, dacoity and moral turpitude should be barred from contesting polls,” Quraishi told  in an interview.

During his tenure (2010-12), the poll panel had submitted to the government around 25 proposals for election reforms, he said. One of these related to barring people facing criminal charges from elections.

According to the former CEC, who is now leading a retired life but continues to campaign for electoral reforms, which he says was at the root of political corruption in the country, political parties are wary of barring people with criminal charges against them as they fear false cases could be levelled by their opponents.

Quraishi countered the argument by saying that the fundamental rights of around 268,000 undertrials in Indian jails were also being denied. “There are around 400,000 prisoners in Indian jails. Around 268,000 of them are undertrials. Their fundamental right to liberty, freedom of movement, occupation and dignity is being denied,” Quraishi pointed out.

“Should they (undertrials) be treated as innocents?” he asked.

Talking about another key poll reform proposal, Quraishi said there should be transparency in funding of political parties.

“We have been demanding that all expenditure of political parties should be through cheques and an independent panel suggested by the Election Commission should audit it,” said Quraishi.

Noting that state funding of elections is not a practical solution to curb use of black money, the former CEC said the government should rather examine state funding of political parties based on their performance.

“State funding of elections is not a practical solution as use of black money will remain a problem. Crores of rupees can be spent by a candidate on other activities. Instead, the government should examine state funding of political parties,” Quraishi said.

This, he said, is being practised in Canada and Germany.

“For instance Rs.100 can be given to a party for every vote polled. It will reduce dependence on the use of black money,” said Quraishi.

Highlighting the need to empower the poll panel, Quraishi said the legal protection stipulating that a CEC can be removed only through an impeachment process should also be extended to the two Election Commissioners.

“The poll panel is now a three-member body. All commissioners should be protected,” he said.

He also said that “appointment of Election Commissioners should also be done through a collegium and they should be upgraded as CEC on the basis of their seniority and not through a discretionary process.”

He suggested penal action in cases of use of religion in polls and paid news, besides a ban on government advertisements six months before the polls.

“We had suggested jail up to two years for (instances of) paid news,” Quraishi said.