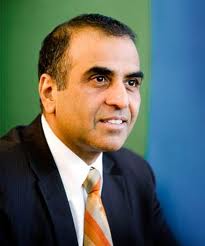 New Delhi: The Supreme Court will April 8 hear the plea of Bharti Airtel CMD Sunil Mittal challenging the order of a special Delhi court summoning him in the 2G case.

The apex court bench of Chief Justice Altamas Kabir, Justice Anil R. Dave and Justice Vikramajit Sen directed the listing of the matter April 8 after Mittal’s senior counsel Harish Salve mentioned it and sought an early hearing of the plea.

The trial court issued summons after taking cognizance of the chargesheet filed against mobile firms Bharti Airtel, Vodafone and Sterling Cellular for the alleged irregularities.

On Dec 21 last year, the CBI named Ghosh and the three telecom firms as accused in the 57-page chargesheet for criminal conspiracy as also under the provisions of the Prevention of Corruption Act for causing a loss of about Rs.846 crore to the exchequer.