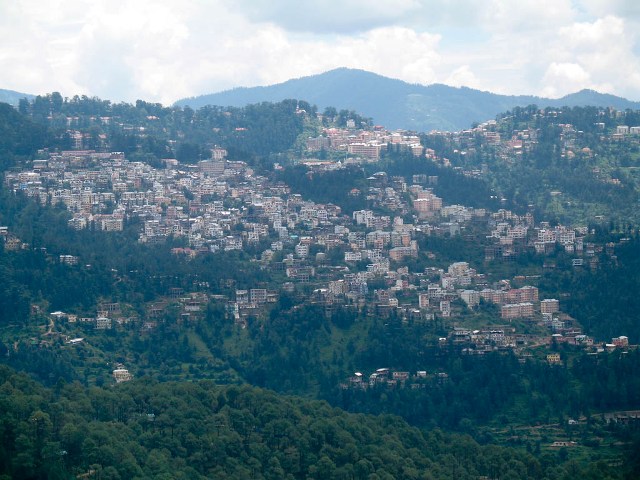 Shimla: Amidst confusion over whether a law relating to apartment ownership will be replaced, property prices in Himachal Pradesh have plumetted upto 30 percent in the past year, real estate experts say.

“The prevailing prices are 25 to 30 percent less than last year’s,” said a Shimla-based realtor.

A two BHK flat in Shimla, Kasauli and Solan towns is now selling for approximately Rs.25 lakh. A three BHK is for Rs.35 lakh to Rs.45 lakh and a cottage costs anywhere between Rs.60 lakh and Rs.80 lakh, he said.

The Himachal Pradesh Apartment and Property Regulation Act of 2005 enables builders and developers to build and sell flats and cottages in the state.

While Revenue Minister Kaul Singh says a moratorium on the registration of new flats was imposed by the previous BJP government to monitor realtors, former town and country planning minister Mohinder Singh claims the ban could not be implemented following judicial intervention.

Kaul Singh told IANS that the former town and country planning minister asked the assembly Aug 29 last year that the Apartment and Property Regulation Act would be repealed and a new comprehensive legislation would be introduced.

Mohinder Singh had even told the assembly that fresh registration of flats would not take place till the new act comes into existence.

“Soon after the declaration, the minister gave permission to five or six realtors to build flats,” Kaul Singh said.

Individuals who had planned to buy or invest in the domestic housing in the state are a confused lot.

“Some builders had moved the Himachal Pradesh High Court against freezing flat registrations. The court allowed the registration process till the new act came into force,” Mohinder Singh told IANS.

But those in the realty sector say the market took a downturn since the minister’s announcement last year.

“Flat sales have crumbled to their lowest point in more than a decade with prices falling up to 25 percent. People are not even investing in luxury cottages at prime destinations,” said a builder setting up cottages on the outskirts of Solan town.

There is a slump even in Shimla, Kasauli, Dharamsala and Palampur towns, once the preferred destinations for investors.

“Some proposed projects have been put on hold while some investors are desperate to sell and recover their money,” said a builder on the condition of anonymity.

“A bill may be introduced in this assembly session or in the next (monsoon) to do away with the existing act and by incorporating it with the Town and Country Planning Act. Regulating construction by realtors may rest on the Himachal Pradesh Urban Development Authority (HIMUDA),” said an official.

The previous government’s decision to repeal the act had been taken on the basis of the recommendation of the select committee of the assembly as well as a judicial commission headed by Justice D.P. Sood, a former judge of the Himachal Pradesh High Court, probing illegal land transactions.

In the report tabled in the assembly in April last year, Justice Sood observed that the builders were catering to the needs of the rich from Punjab, Haryana, Delhi and non-resident Indians.

The state has over 60 builders and developers selling flats and cottages.