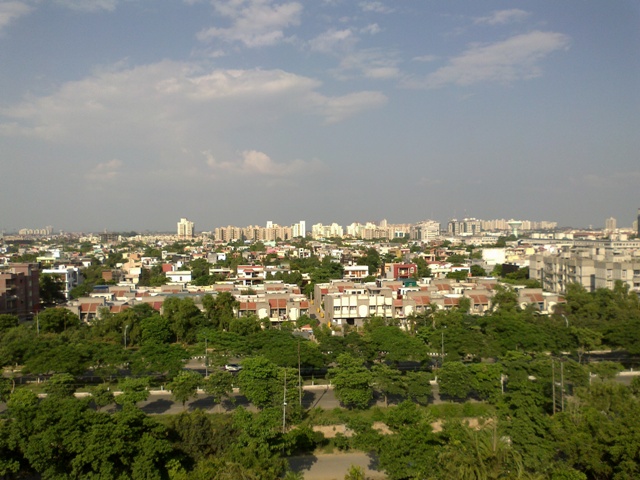 Lucknow, March 30 (IANS) After a year, Noida is back on the development radar of the Uttar Pradesh government which is set to unveil projects next month worth Rs.3,300 crore for the development of the corporate hub, a senior official said. These will include steps to alleviate its chronic power shortage.

The “impetus package” for Noida, in the National Capital Region (NCR), has been approved by Uttar Pradesh Chief Minister Akhilesh Yadav. The projects encompass Noida, Greater Noida and the Yamuna Expressway.

“This is the biggest developmental kick for any single district. We hope to take some big leaps after these projects are announced and existing ones inaugurated by the chief minister,” a senior Noida official told IANS in the state capital.

Officials said one of the biggest boons for Noida would be a sewage treatment plant (STP) in Sector 123. The STP – built after a study and recommendation of IIT Roorkee – would benefit 28 sectors in Noida, the official said.

The district hospital, to be built on 14,000 square metres, will have 200 beds and would be equipped with a trauma unit, pathology lab and radiological units and intensive care unit. Half the beds would be reserved for women, including pregnant women, the official said.

The multi-level parking lot in Sector 18 would be spread over 26,840 square metres. It will accommodate 3,085 cars and would be monitored by CCTVs. Battery-operated shuttles will ferry car users from the facility to nearby areas.

Greater Noida will get a medical university at a cost of Rs.500 crore.

A Rs.10 crore 33 KV sub-station will also be built by the Yamuna Expressway Authority at Sector 17-A. A double circuit electricity line is already being laid.

Noida, across the Yamuna river and abutting east and south Delhi, was conceptualised in the 1970s as an industrial hub to ease the pressure on the national capital. It has now grown into a sprawling industrial-commercial-residential hub where land prices are among the highest in the world. As the pressure on Noida grew, the Uttar Pradesh government conceptualised the Greater Noida township in the late 1980s.

(Mohit Dubey can be contacted at [email protected])