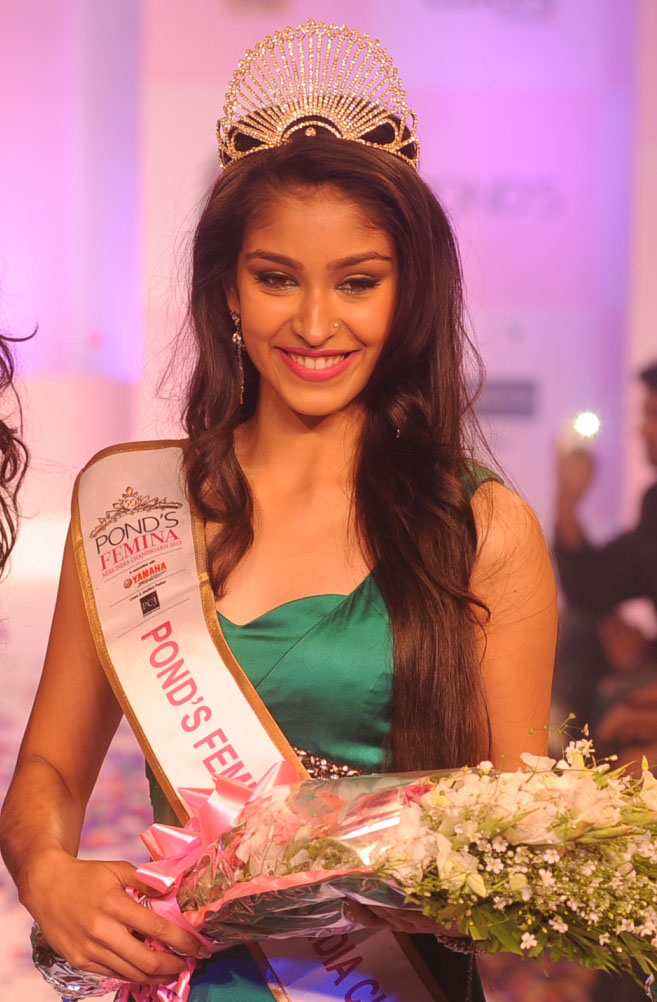 The first and second runners-up were Sobhita Dhulipala and Zoya Afroz respectively. The trio was selected from 23 finalists from across the country.

The evening began with an entertaining performance by the star cast of Indra Kumar’s “Grand Masti” — Aftab Shivdasani, Riteish Deshmukh and Vivek Oberoi who were there to promote the film.

It was followed by dazzling performances by Aishwarya and Priyanka.

Singer Sonu Nigam too enthralled the viewers when he sang some heart touching numbers.

The event marked Aishwarya’s comeback on stage post her pregnancy. The actress had not signed up any major projects after she became pregnant in 2011.

Ace choreographer Shiamak Davar confirmed the news. He tweeted, “Rehearsing with Aishwarya for Femina Miss India. Memories from when I choreographed her for Miss World. Don’t miss it today.”

The beauty pageant completed its 50 years and so the organisers made it a pan India event in the true sense by taking extra care in selecting girls from every corner of India. Auditions were held at Pune, Goa, Indore, Kolkata, Bangalore, Chandigarh and Delhi.