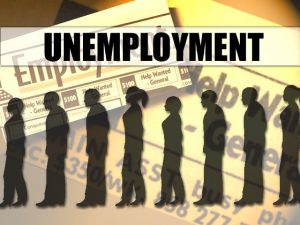 On the revenue account against projected revenues of Rs 17700 Cr, the expenditure is estimated at of 17,646 Cr, leaving a surplus of Rs 54 Cr which makes the state compliant with HP Fiscal Responsibility and Budget Management Rules (FRBM).

The salary bill for the 2,28,409 employees as on March 2013 on the rolls of the government is expected to grow at 13% and the budget has estimated it to touch Rs 6956 Cr for the next financial year.

Rising pension bill is estimated at Rs 2839 Cr and interest payments on accumulated debt is put at Rs 2431 Cr. Besides, the state has also to repay Rs 2046 Cr worth of loan amount.

The states own revenue only is estimated at Rs 5373 Cr, with Rs 3232 Cr expected from VAT collections and Rs 949.5 Cr for state excise.

Government subsidies, mainly for domestic electricity consumer and food subsides, are expected to rise to Rs 678.84 Cr in 2013-14, which are expected to be contained at Rs 622.56 Cr in the current year.

Faced with growing numbers of unemployed people and to honour a election commitment of providing unemployment allowance, the chief minister announced a budget provision of Rs 100 Cr for ‘Skill Development Allowance’. He said that Rs 1000 per month skill development allowance would be given to unemployed youth who are 10+2 and above educated, are of 25 to 35 age, are registered for a minimum of 2 years with employment exchanges, are not working anywhere and the family’s income is below Rs 2 lakhs per annum. For persons with disabilities, the allowance would be Rs 1500.

With very little leverages available in the state finances, to mop up finances the chief minister doubled VAT from 18 to 36 percent on cigarettes but proposed to levy 1.5 % CST on interstate trade, whereas most states are charging 2 percent. Doing away with two VAT charges for certain kind of foot wear, they have been streamlined at 9% for all types of shoes.

With the state relying heavily upon revenues from power sales, consultants appointed have upward revised the states hydropower potential from 23000 MW to 27,436 MW.

The state has harnessed 8375 MW of the available power potential and expected capacity addition of 1918 MW in the year ahead, which includes the 412 MW Rampur project and Phase I of the Kashang project.

With a view of aligning the delimited new assembly constituencies with administrative units, the chief minister announced setting up an administrative boundaries re-organisation commission.

Moving towards electronic delivery of citizen services, the state intends to expand the facility to 49 services from the 15 presently being provided.

MLAs have been placed with a discretionary fund of Rs 2 lakh per year to be used for public purpose. This amount is besides the Rs 50 per year given as local area development fund.

Price of milk procurement by MILKFED has been increased by Re 1 per Kg and procurement price of fruits under market intervention scheme has been raised by Re 0.50 per Kg. Terming the hail gun a failed technology, the budget had put a budget outlay of Rs 165 crore of providing anti hail nets to fruit growers at 80% subsidy.