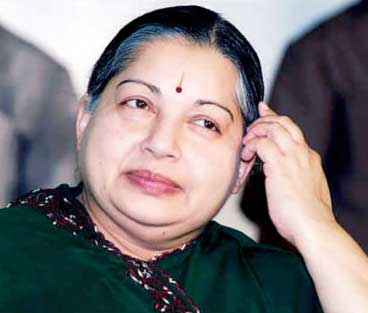 Some disadvantages of the decline of national-level parties are obvious. These include the coalitions that are cobbled together to form governments at the centre and in the states, and the resultant political instability. But a third more worrisome fallout is the growing clout of regional leaders who might otherwise have remained mostly on the sidelines.

Had these local chieftains taken the opportunity to enter the national stage to broaden their outlook by acquainting themselves with issues outside their states, the outcome of the present-day coalition era might have been beneficial for the polity.

But recent events have shown that their newly acquired importance hasn’t made them more responsible. Instead, it has fuelled inordinate ambitions and encouraged them to boost their support bases with reckless gestures.

To start with the second, the stoking of local passions on the Sri Lankan issue by the two Tamil Nadu-based parties – the DMK and the AIADMK – has exposed their unwillingness to reconcile the distress over human rights violations in Sri Lanka with a more sober approach to the problem India’s national interest demands.

Instead, by favouring the establishment of a Tamil Eelam or homeland in Sri Lanka, the AIADMK seems bent on a course of enmity with Sri Lanka. Yet, India can ill afford to be involved in another dispute with a neighbouring country when its relations with other neighbours like Pakistan and China remain fraught.

Thankfully, the AIADMK supremo and Tamil Nadu Chief Minister J. Jayalalithaa’s focus seems to be on consolidating her position in the state. She hasn’t yet evinced any interest in becoming prime minister. Another state-based leader, the Samajwadi Party’s (SP) Mulayam Singh Yadav, has been more candid about his aspirations. The former Uttar Pradesh chief minister, who has now stepped down in favour of his son, Akhilesh, has let it be known that since he is “not a saint”, he cannot be expected to be coy about pressing his claim for the topmost post.

To advance towards this goal, his tactic at the moment is to berate the Congress and float rumours about a Third Front. Since it is a feature of Indian politics that conjectures about a non-Congress, non-BJP front surface on the eve of almost every general election, there is nothing surprising about the latest speculation. What is odd is that it is someone like Mulayam Singh who is being projected – mostly by himself – as leader of the still nebulous alliance, which will make him a prime ministerial candidate.

The oddness of the claim comes from his background. Although Mulayam Singh has been the chief minister of Uttar Pradesh more than once, his regime has been associated more with complaints about lawlessness than about the state’s advancement. In fact, the main reason why the SP lost in 2007 to Mayawati’s Bahujan Samaj Party (BSP) was popular disenchantment with the SP’s rule.

It is another matter that Mayawati squandered her chances by concentrating on building statues of herself and other Dalit icons instead of on the state’s development. But one of the promises which Akhilesh Yadav made both before and after becoming chief minister was to tame the unruly SP cadres.

It isn’t only the propensity of the SP’s followers to take the law into their own hands which raises questions about Mulayam Singh Yadav’s credentials. He was long known to be opposed to both English and computers apparently because he felt that his rural support base comprising the backward castes had no time for these preferences of the urban intelligentsia comprising mainly the upper castes.

If he has now changed his mind, it is presumably because he was urged by his foreign-educated son, Akhilesh, to enter the 21st century. But his outlook does not portend well for the prospects of the Third Front, at least in the cities and among what is known as the new aspiring younger generation.

Ironically, if Mulayam Singh is currently harbouring dreams about being PM, it was his bete noire, Mayawati, who nurtured similar illusions before the last general election. Moreover, she was egged on at the time by the Left after it had broken away from the Manmohan Singh government on the nuclear deal issue.

The reason why the front fell apart was that it had too many leaders with inflated egos – Mayawati, Jayalalitha, H.D. Deve Gowda – who were unwilling to function as a team. The same malady is likely to erode the base of the latest front if it is formed at all. Wise after the 2009 fiasco, the Left has kept away from the latest attempts although Mulayam Singh was one of its favourites till he moved over to the Congress camp at the time of the no-confidence vote in the Lok Sabha in 2008.

As an exercise in opportunism, Mulayam Singh is now accusing Congress members of being cheats and deceivers, while Mayawati is keeping her options open.

(Amulya Ganguli is a political analyst. He can be reached at [email protected])