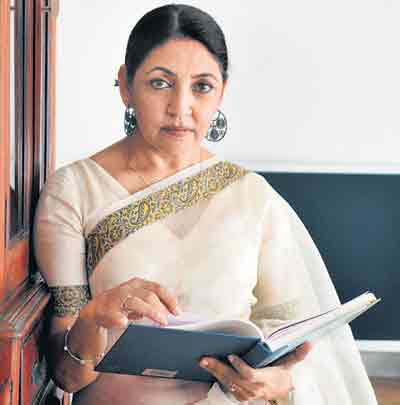 Almost a week after the tabloids splashed sensational headlines about Deepti Naval’s verbal altercation with her housing society members over television interviews being conducted in the privacy of her flat, the traumatized actress is contemplating the legal route.

As a more viable redress, Deepti intends to appear on trusted television channels to talk about how the truth was distorted in a section of the media while she was venting a genuine grievance about being humiliated in front of guests by self-appointed guardians of morality in her housing society.

“I have to take action. Because what has been done is incorrect and damaging. I spoke out of a genuine sense of distress to a journalist-friend about how my housing society didn’t allow me to conduct television interviews. I didn’t give the journalist an interview. The next morning a tabloid carried a headline mentioning a “prostitution racket”. Now the new report has been distorted on websites to the extent that that it appears as though I was being ousted from my home for running a prostitution racket. It is demeaning and mortifying. And also an indication of how a section of the media can twist the truth,” the actress said.

Deepti will now go on television to fight her case. “I can have my say on television without the fear of my words being distorted. It is important for me to clear my stance on the matter. In all these years in the film industry, I’ve never felt more let down and humiliated,” she said.