Madrid: Real Madrid coach Jose Mourinho has hailed the Champions League football tie between his side and Manchester United Wednesday as one of the biggest matches of the season. 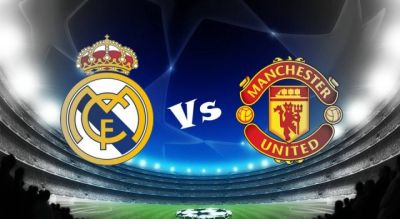 While Manchester United go into the game 12 points clear at the top of the Barclay’s Premier League in England, Madrid are 16 points behind FC Barcelona and the Champions League is the chance to redeem a season tainted by disappointment and controversy.

However, Mourinho’s men showed what they can do with a 4-0 thrashing of Sevilla Saturday in a game in which former Manchester United striker, Cristiano Ronaldo scored a blistering hat-trick and that has wetted Mourinho’s appetite for the match.

“It is the match the world is waiting for,” the Real Madrid coach said in an interview on MUTV in which he highlighted the quality of two sides who would normally have expected to meet at a later stage of the competition.

“People think we are under pressure because a big team will be out, but it is the kind of match we want and the people are not waiting for any other game. I hope we give them what they want,” he added.

Mourinho visited Old Trafford to watch Manchester United prepare for the game with a 2-0 win over Everton and spoke of his close relationship with United coach Sir Alex Ferguson, who some believe he may one day succeed at Old Trafford.

“I feel privileged about that because he is such an important person in the world of football and, more importantly, he is good person. I have always had a fantastic relationship with him and I am proud of it,” he said looking back at their rivalry when Mourinho had coached Porto, Chelsea and Inter Milan.

“We have had so many matches between us which started with Porto. We had some with Chelsea, Inter and now Real. Some I had won, some I have lost, others I have drawn.”