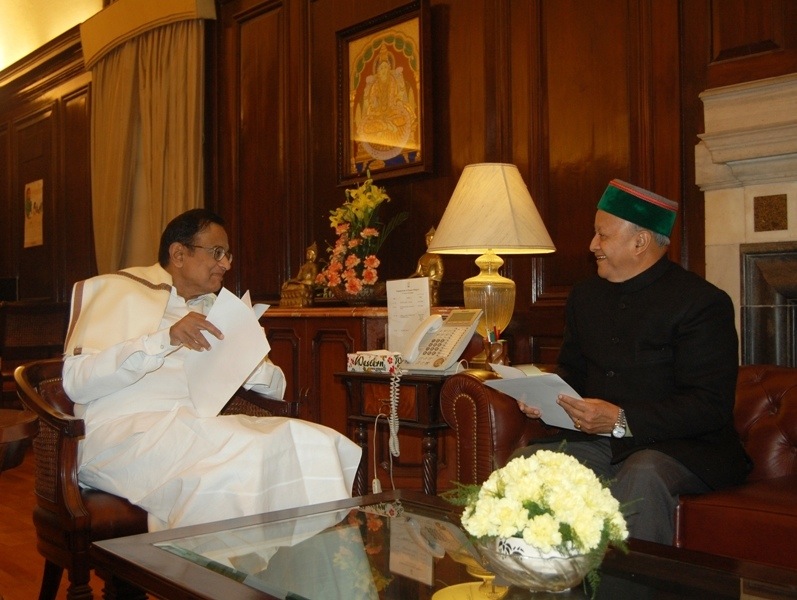 The chief minister said the 13th Finance Commission, which deals with the share of states in central tax proceeds, had misjudged the committed liabilities of the state, an official statement said.

Virbhadra Singh said the “wrong recommendations” had resulted in a gap in the state’s committed liabilities in terms of pension, salaries and interest at Rs.3,522 crore in this fiscal, which would increase to Rs.4,043 crore in 2013-14.

A government spokesperson told that earlier the chief minister met Prime Minister Manmohan Singh and apprised him about the poor fiscal health of the state.

At this meeting Feb 4, he also demanded resumption of special industrial package, which expired in March 2010, to accelerate industrial growth of the state.

The spokesperson said Chidambaram assured the chief minister that the central government would provide liberal financial assistance to the state to expedite the development process.