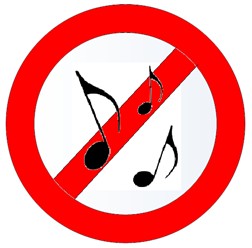 Disbanded after curious controversies, Pragaash was not the only rock band in Kashmir. It was one of 42 such groups that mushroomed in Srinagar since 2005. But we have never heard of a public debate on acceptability or unacceptability of western flavour to Kashmiri music. The all-women character of Pragaash is said to have attracted the ire of fundamentalists. But music and dances of local women artistes have been a prominent part of Kashmiri culture for ages. Then what is it with Pragaash that is raising questions, not only in India but also in many other world capitals, about the very basic outlook of Kashmiri society –intolerant, radical, talibanised! Isn’t it too mysterious for a quick comprehension?

In recent years very few events in Kashmir have attracted as much national and international attention as the recently erupted and still raging rock band controversy. At the centre of this mysteriously, or may be accidentally, manufactured storm are three teenage girls from Srinagar neighbourhoods grouped together in an emerging rock band called Pragaash, a Kashmiri word for first light.

Every influential newspaper in US, UK and other places, where South Asia matters, has a story –‘Kashmir’s all-girl rock group disbanded following threats’. Thankfully, unlike Indian media, the foreign press has, so far, not been judgmental in this case.

We have heard at least three dozen different voices aired from the platforms of national news TV channels –some expressing concerns over alleged radicalisations and even Talibanisation of Kashmiri society and others just substantiating, justifying and glorifying that contention.  In almost all cases the anchors have nearly forced their guests to prove the point of radicalisation in Kashmir.

From a widely celebrated liberal Sufi culture some elements in the Kashmiri society are certainly assuming radical character but the phenomenon is not as pervasive and potent that three girls will go in hiding prompting New York Times to do a story and the BBC to get an expert in the London studio. See the facebook or speak to them personally, Kashmiris are aghast over their demonization as radical Islamists.

After a brief storm but with lasting impressions, commentaries are now churning out of local press putting all blame on the national media, particularly the news TV channels, and the maverick Grand Mufti of Kashmir, Mufti Bashiruddin Ahmed. One question is being conveniently ignored. What was the Kashmir press, or Srinagar’s newspapers, doing when all this was happening? Have any of the local newspapers or local journalists working for the national media investigated the nature of threat to the budding rock stars?

On February 6 when the girls were still updating their facebook page and NYT spoke to one of them, a prominent Kashmiri journalist reported in a national daily that girls were inaccessible and so were their parents. The story was based on ‘sources close to the family’. In fact, from Pragaash’s rise to fame from early last year to its controversial disbanding has entirely been a national media affair.  Until February 2 this year, precisely last Saturday, there was not a single story or interview with the band in local newspapers while in 2012 alone it got featured many times in national and international media –Hindustan Times (April 3),  Tehelka (Vol 9, Issue 42), NDTV (August 25) and NBC News (December, 26). As on many other issues not only the reportage but also orientation of stories in the Srinagar press has just followed what was being beamed out from news TV channels.

On February 2, the PTI news agency runs a small story about online abuses and threats to Pragaash. The entire story is based on conversation with Adnan Mattoo, the so called mentor of rock artists. This is followed by NDTV and Times Now, both based on PTI story and additionally supported by Mattoo’s version. By this time pitches in the Chief Minister with his supporting tweet. All this happens on February 2 and the rest is history. The Grand Mufti, Aasiya Andrabi, the one Hurriyat or the other Hurriyat everyone goes on responding to the queries of visiting television journalists and the story of radicalisation goes on building up.

Who is the Grand Mufti?

What is the significance of Grand Mufti to the legal, religious and political landscape of Kashmir? Does he position himself in various circumstances to his interests, wisdom or merely answers the call of jurisprudence? One does not have wait for a clarification from the Law department as the Chief Minister claims Grand Mufti is not a government man.

Whatever as the Chief Minister say Mufti Bashiruddin will always been seen as official cleric for coming to rescue of government. In 2007 when Srinagar was rocked by monthly average of 11 confirmed suicides and thrice as many attempts, the Grand Mufti issued fatwa asking all Muslims, particularly Imams, not to join funeral prayers in suicide deaths.

On the eve of Amarnath land row in 2008 his meeting with Governor and Union Home Minister was conspicuously significant. In 2010 when Kashmir was in grip of another crisis the Mufti’s meeting with Prime Minister, Sonia Gandhi and Home Minister was noticeable and so was statement declaring stone-throwing un-Islamic. But there is also another side to ‘jurisprudence’. The warning to Christian missionaries couldn’t have been to the liking of the government. So whose cleric is he after all? CM’s withdrawn tweet in which he had said ‘given the seriousness with which these Fatwas (of Grand Mufti) are taken’ doesn’t help either. It is important for the government and also the Islamic scholars of Kashmir to find out and make it public whether Mufti Bashiruddin is a legitimate religious-legal authority or merely a private person. Clarification is also important about his ‘Supreme Court’ as Jammu and Kashmir is not governed under the Sharia laws.

The Grand Mufti, Asiya Andrabi and the Hurriyats are on record with their regressive views on the music band but they are certainly not the ones who got it off, at first place. There is no evidence of direct physical threat to the members of Pragaash band.

The whole story is based on online smear campaign –this is what the Chief Minister has also talked about and this is also the basis of Police investigation –way before coming in of Mufti and others. The girls had a facebook page going by the name of their band –Pragaash which has been taken off only on Thursday. But there are at least half a dozen other pages by the same name and about the same band. Notable among them are two: while the official page of Pragaash was founded in January 2012 another came up in July.

The profile picture of this July page is from girls’ performance but the cover image is –curiously –tricolour! The introduction line says ‘passionate about India! Jai Hindi! Peace! The page has remained active all the months and status posts have generally been of patriotic flavours, hailing India and occasionally bashing Pakistan. Then comes another page, in December 2012, which is rabidly anti-India; the timeline picture is from a protest with Islamic flags and introduction openly declares ‘against Pragaash music band’. All this has happened for many months together. Was this a localised problem within the band culture and limited to the social media world or really reflection of radicalism taking deep roots in Kashmiri society?

Author is a senior journalist and Asia Society Fellow on India-Pakistan Young Leaders Forum. He can be reached at [email protected]