Dehra Dun: Despite having a hydel power potential of over 22,000 MWs, Uttarakhand, is now looking forward towards the central budget, hoping that it will get an allocation of a coal block, so that it can fall back on thermal power to meet the pressing shortage in supply and demand of power in this small hill state. 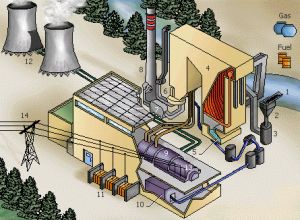 Having been neglected over the years as a part of Uttar Pradesh, much of the tremendous hydel power potential remained unharnessed and when it did get statehood on Nov 9 2000 efforts were started towards harnessing this potential, but then environmentalists and Save Ganga activists became a hurdle. The situation is such that so far projects totaling 3164 MWs only have either come up or are in the process of coming up in the state.

Senior officials of the Uttarakhand Jal Vidyut Nigam Ltd admitted that efforts should first be made to  restart work on the hydel power projects on which work has been stalled for one reason or the other, but as the prospects in this regard seem to be dim, is the reason that efforts were being made to set up thermal power plants.

Though they admitted that the environmental hazards in setting up thermal power plants in the state are high, more so taking into consideration the fact that Uttarakhand is rich in tourism, which can become a money spinner and boost its economy, but they were of the view that efforts had to be made in this direction as there is a continuous increase in demand of power and industrialists are being forced to resort to closing their units when there are power cuts.

They said that the state had shown tremendous improvement in the power scenario under the Restructured Accelerated Power Development and Reform programme, because of which there were hopes that the center may give a nod to the state for thermal power. However, there are fears that that environmentalists, may put a spanner in the setting up of thermal stations, they contended.