Chennai: Harbhajan Singh will become the 10th Indian to play 100 Tests when he takes the field in the first Test against Australia here Friday.

The off-spinner’s inclusion in the playing eleven was confirmed on the eve of the match here. 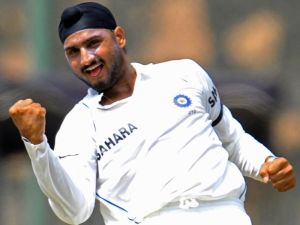 “It’s a big game,” Harbhajan was quoted as saying by ESPNcricinfo. “(The previous) 99 are gone. Obviously a bit nervous but I am sure I will be fine. I have faced these situations before.

“I have gone through times when I was not doing well or when I was doing well and got too excited. These things happen. Bit nervous to start with, but I will be fine. Once I get away with 100, we will see what needs to be done to play another 50-odd. Probably I will have to work even harder.”

He has played one Test since India’s dismal tour of England in 2011. He recently played in the Mumbai Test against England, who won the match by 10 wickets.