Pilani (IANS) While faculty and infrastructure deficits are major hurdles in increasing the reach of education in India, Birla Institute of Technology and Science (BITS) vice chancellor Bijendra Nath Jain says there is a need to take note of the changing pedagogy and using technology to fill the gaps in the system. 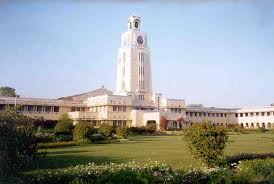 “People haven’t quite understood there is shortage of faculty, and technology can address it,” Jain said while talking after the premier technology institute launched a service to connect all its campuses through video-conferencing.

The future of education depends on such initiatives, Jain noted.

“Indian students prefer to take a research or teaching job abroad but not in India. It is a problem for society, which does not value the worth of a teacher. Even the compensation is very low,” he said.

“We have not understood the pedagogy is changing,” the vice chancellor said.

“It used to be teacher going to a classroom, giving a lecture… But today, all the information is already on servers. Classroom contact is still required for clarifications of doubts, but most of us have not understood that growth of education will now depend on how we use these technologies,” Jain added.

BITS is one of the leading technical institutes in India and a deemed university. The new technology is launched along with the BITS Alumni Association (BITSAA), BITS campuses in Pilani, Hyderabad and Goa through an advanced wireless and internet-based technique.

The technology is Web-based and uses a high internet bandwidth to ensure glitch-free transmission and high quality picture and sound which make it a good alternative to face-to-face appearance.

It has an edge over normal video conferencing through the internet or Skype as it assures high quality. It has been used to create a classroom and a conference room in each of the three campuses.

The conference room is also equipped with a semi-oval table, with another half oval being visible on the huge screens mounted on the wall.

“It gives a feeling of sitting face-to-face in a conference – as if it is a large oval table,” explained Prem Jain, Chief Mentor, BITSConnect 2.0 and a member of the Alumni Advisory Council that has substantially assisted in developing and implementing the technique.

“In the classroom, students can even have eye-contact with a teacher who is in a different campus,” Prem Jain added.

Elaborating on the technology, the vice chancellor said: “It will hugely help in coping with the faculty shortage. It will also facilitate conferences and campus interviews as people won’t have to drive all the way down to Pilani.”

BITS Pilani also was one of the first Indian universities to set up IP Telephony, Gigabit Ethernet and Wireless accessibility on campus with BITSConnect 1.0 in 2003.

Commenting on the technique, noted industrialist and BITS Pilani Chancellor Kumar Mangalam Birla termed it a “significant step forward that extends the boundaries of technology-enabled learning”.

A similar network across major Indian universities has also been launched by the central government under the National Knowledge Network.

Faculty shortage is a major problem faced by India as it attempts to provide educational opportunities for its growing population.

According to a task force constituted by the human resource development ministry, there is a shortage of 300,000 faculty members at present.

Such is the extent of that shortage that the prestigious Indian Institutes of Technology have proposed mentoring the top 15 percent undergraduate students from IITs, National Institutes of Technology (NITs), Indian Institute of Science Education and Research (IISER) and National Institute of Science Education and Research (NISER) through a teacher training programme.

Speaking about the role of private universities in the growing education market, the vice chancellor said the contribution being made by private institutes was still to be recognised.