Srinagar: Authorities Thursday stepped up vigil in the Jammu and Kashmir summer capital Srinagar ahead of the Republic Day celebrations Saturday, officials said. 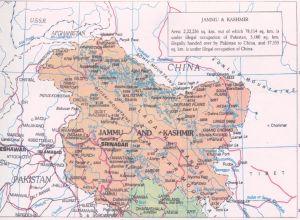 Parking areas at the Bakshi Stadium, venue of the main Republic Day parade in the city, have been sealed off with barbed wire and barricades have been erected around the stadium.

Bullet-proof mobile bunkers, and police and Central Reserve Police Force (CRPF) personnel in riot gear have been deployed around the stadium.

Police have also started frisking passengers and checking vehicles entering the city at Parimpora, Athwajan and on the bypass road to thwart attempts to disrupt Republic Day celebrations, a police official said.

Kashmir’s Divisional Commissioner Asgar Hassan Samoon took the salute from contingents of police and paramilitary forces during the full dress rehearsal for the Republic Day at the Bakshi Stadium Thursday.

However, separatist leaders like Syed Ali Geelani, Mirwaiz Umer Farooq and Syed Sallahuddin have called for a complete shutdown in the Valley Jan 26.