Srinagar: Insufficient electricity supply, low voltage, endless periods of curtailments and shutdowns and burnt transformers come to Kashmir as a package with the winter season. As the winter gets worse, so do the electricity woes.

People blocking roads to seek repairs of the electric transformers in their areas have become a common sight. These protests get subsided sometimes through official assurances and sometimes by the sheer use of police batons.

Senior engineers of the power department maintain that overloading by consumers has been crashing its transformers.

“Say for example, if the agreed load in a village is 20 kilowatts we install a transformer with 100 kilowatts capacity. If still the transformer breaks down, it means it has been subjected to a load much higher than 100 kilowatts”, said a senior engineer. 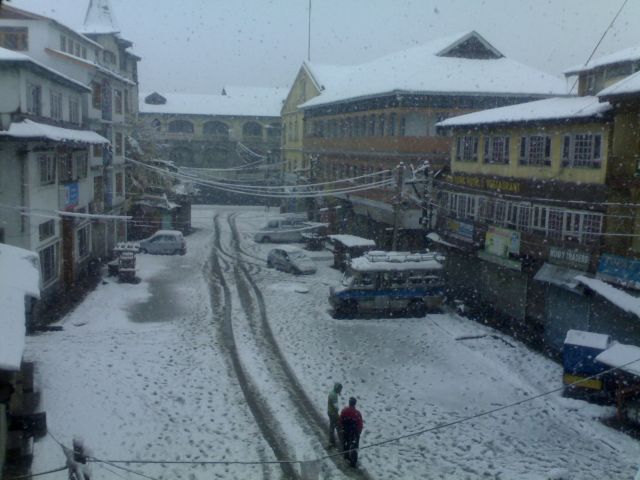 Low voltage is also attributed to unauthorized usage by the consumers. “During peak hours, most households use electric heaters, boilers, blowers, geysers, television sets and other appliances which are generally not included in the agreements between the department and the consumers. This results in a phenomenal fall in voltage,” the official said.

In fact, the power authorities are claiming the situation in the Valley is much better than last year.

“We had curtailments for three evenings and two nights per week in non-metred areas of the city last year. This year we have curtailments of just one evening and one night per week.

“In the rural areas, in contrast to last year when we had curtailments on four evenings and three nights, this year there is curtailment on just two evenings and one night per week,” sources in the department told IANS.

Despite the rosy picture projected by the power department, locals generally curse it for the power shortages.

“We need 1,400 megawatts to meet the unrestricted demand in the Valley this time. With the present restrictions through curtailments our daily demand is around 1,000 megawatts.

“Our self-generation is just 75 megawatts while we have to import over 900 megawatts from outside the Valley. During peak hours there are system constraints which sometimes throw our supplies haywire”, admitted a senior engineer of the department who did not want to be named.

Saif-ud-Din Soz, the president of the state Congress that is part of Kashmir’s ruling alliance, has also accepted that the power scenario is desperate during the winter season.

“I have decided to write a letter to the chief minister in which I will highlight the electricity-related problems of the people in the Valley,” Soz told a current affairs programme of Radio Kashmir earlier this week.

As the people rush to block the roads seeking repairs to electric transformers blamed on consumer misuse by the engineers, Kashmir continues to reel in darkness this winter as always.