Mumbai: Actress Sonakshi Sinha, who made her big Bollywood debut opposite Salman Khan in “Dabangg”, says she is thankful to the star for his constant support and constructive criticism. 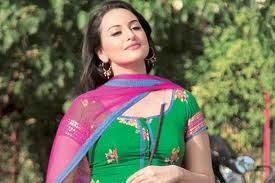 Sonakshi was over 80 kgs before she joined the industry, and worked hard to get into shape to get into filmdom. Recently, a lot has been commented regarding her weight issues, but she says it doesn’t make a difference.

“It doesn’t affect me. I think I read about it, I see it on TV, I sit and I just laugh, because tomorrow my film will become a hit and people will shut up,” Sonakshi said.

So far, Sonakshi has donned a desi look in all her films – “Dabangg”, “Rowdy Rathore”, “Joker” and “Son Of Sardaar”. But she says in “Bullet Raja”, she sports a fusion look.

“In ‘Bullet Raja’, my look will be a western fusion kind. It has been a coincidence that so far that my look has been Indian, but I am really not complaining because all these films have done good business and been appreciated a lot. If in future, some different look suits my character, then I will do that,” she added.

The 25-year-old has got a good taste of success within two years of being in the industry, but she says nothing has changed in her personal life.

“Nothing has changed so far in my life – neither in my family nor outside. Even today if I get up late, my mom gets angry. Personally, nothing has changed and I am happy about it. After achieving success so soon, many people could get spoilt, but thanks to my friends and family, they have kept me so grounded,” said the daughter of veteran actor Shatrughan Sinha.

As of now, she is busy promoting “Dabangg 2”, directed by Arbaaz Khan. It will hit the screens Dec 21.