New Delhi: For a millennium, the majestic, lily-white polar bear has lorded over the frozen wastes of the Arctic. But if two Russian experts are to be believed, the enigmatic “monarch of the ice” could be extinct in 25 years due to global warming and human incursions into their traditional habitat.

“If current policies are not changed, we can lose polar bears, which currently number 20,000-25,000 globally, within one (human) generation,” said Nikita Ovsyanikov, member of the polar bear specialist group of the International Union for Conservation of Nature (IUCN).

Ovsyanikov and his compatriot, Masha Vorontsova, director of the International Fund for Animal Welfare in Russia, were here for the 21st International Conference on Bear Research and Management organised by the environment and forests ministry and many wildlife NGOs. 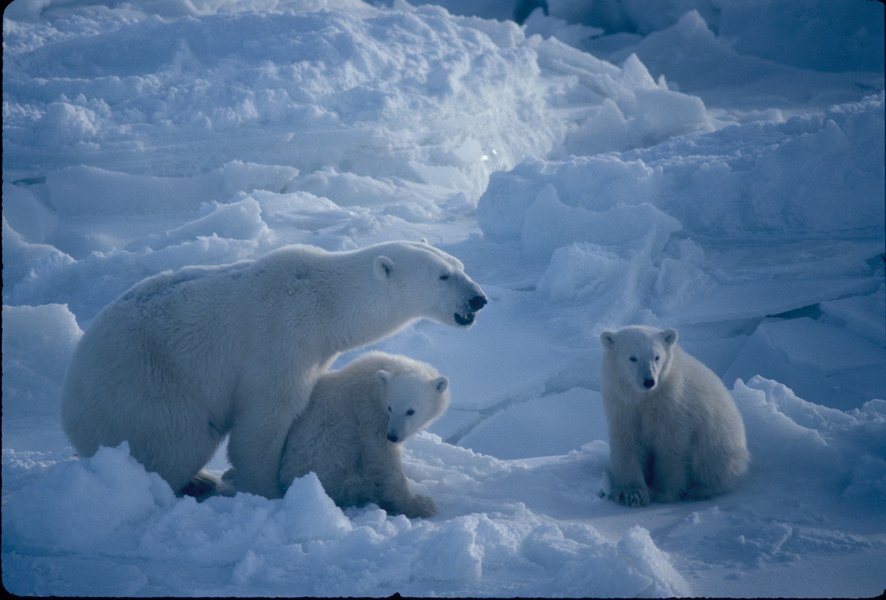 The polar bear (or Ursinus Maritimus), the largest member of the Ursidae (bear) family, is also the largest terrestrial land carnivore and is found largely within the Arctic Circle encompassing the Arctic Ocean, its surrounding seas and land masses.

So, why is the polar bear in grave danger? “It mainly faces threats such as habitat loss due to global warming and continuing human incursions into the Arctic, pollution, hunting for sport and subsistence as well as trade in body parts,” he added.

Both scientists feel that hunting and the trade in body parts are the most serious threat facing the polar bear.

The bear has been hunted since times immemorial by indigenous Arctic people, including the Inuit and Eskimos in Alaska and Canada and Yupiks, Nenets, Chukchis and Pomors in Russia. But they never hunted the species in excess of their requirements.

Trouble started with white European expansion and colonisation of the Arctic. The Europeans brought modern hunting practices and the notion of supply and demand of bear parts dictated by market forces. Everything has gone downhill after that.

In the later part of the twentieth century, the five nations finally woke up to the threat.

“The Soviet Union banned all hunting in 1956,” said Vorontsova.

“Norway passed a series of increasingly strict regulations from 1965 to 1973 and has completely banned hunting since then. They only shoot some bears in conflict situations,” said Ovsyanikov.

“The United States began regulating hunting in 1971 and adopted the Marine Mammal Protection Act in 1972. In 1973, the International Agreement on the Conservation of Polar Bears was signed by all five nations,” said Vorontsova.

The treaty was a landmark in polar bear conservation, but loopholes remain and have morphed into big threats.

“The treaty allows hunting by local people using traditional methods. And that is the most tricky part. Because the aboriginals, mostly in Canada and Alaska, lease out their hunting quotas to foreign hunters, who in turn indulge in overharvesting polar bears for trading their body parts in foreign markets,” said Vorontsova.

According to some estimates, each year, approximately 600 polar bears are hunted in Canada and the parts of 441 are internationally traded.

“There is a growing market for bear pelts in Russia and China. What adds to the problem is that the polar bear is listed in Appendix 2 of CITES (Convention on International Trade in Endangered Species), rather than Appendix 1 which would have guaranteed that there was no commercial trade in its parts,” said Vorontsova.

The other threat facing polar bears is global warming.

“It is impacting populations in the Russian Arctic,” said Ovsyanikov.

“A high percentage of cubs are lost. Females can’t breed. Individuals become famished. They have to survive on land as coastal refugees, instead of pack ice lost to warming. Also, there is pollution, oil drilling and increased susceptibility to diseases.”

Still, global warming would not make the polar bear extinct.

“These bears have survived six global warmings since they first appeared on earth. They won’t disappear by global warming alone but by a combination of factors,” said Ovsyanikov.

What is needed is more lobbying for the endangered animals, said Ovsyanikov.

“We need a broad international lobbying and consensus to save the bear. If we don’t do that, we will have only ourselves to blame.”