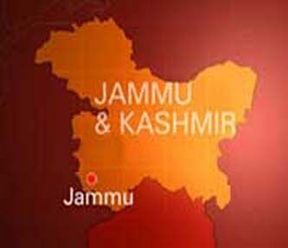 Talking to mediapersons in Jammu, the state police chief said: “Ninety percent of militancy in Jammu and Kashmir is due to infiltration from Pakistan across the LoC.”

He added that if the barbed-wire fence along the Line of Control (LoC) was made all weather, “the level of peace we have in Jammu and Kashmir can become permanent. Zero infiltration can give us zero militancy”.

He said that the central government was contemplating measures to construct an all-weather fence which can “survive the harsh weather”. Heavy snowfall last winter had damaged a considerable portion of the fencing.

Replying to a question on the threat by militant outfit Hizbul Mujahideen’s leader Syed Salauddin based in Pakistan to elected village council members and heads (panches and sarpanches), Prasad said: “He is sending threats sitting far away. We have the capacity to deal with his threats.”

In a recent interview, Salauddin said: “Panches and sarpanches are exploited by India to project Kashmir as pro-India, and as such, they will continue to be targetted.”