Swapna laid in the bed of Government hospital recuperating the burnt marks on her body. She refuses to speak with anybody.  A regular girl who thought marriage and life with a partner was a fairy tale now believes that it is no more than a gory tale. 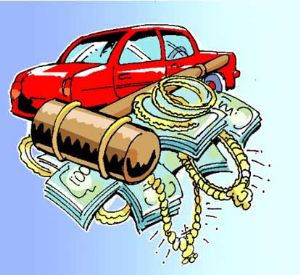 The moment Khishnaiyya saw the girl child in the hut lying beside his weak wife’s bed, he predicted a series of debts and a miserable life that would end in a merciless death like his neighbor’s  whose wife also gave birth to a daughter. He immediately arranged for a quiet death of the new born girl child.

These two anecdotes have a common noose: Dowry.

A system that began as a display of love and affection as per the Dharmashastras has now developed into giving away goods like furniture sets, sofa sets along with the money.

Sale of the state?

In Andhra Pradesh, even the land dealings are carried out between established families as a show of power and capability to give dowry.

From land to property everything that is earned is for the future in-laws. If the urban middle class demand in lakhs then the higher class demand in crores.  The highest price for a reputed family in Andhra Pradesh was 400 crores plus a land dealing where a business could be set and developed by the other parties’ contacts.

Education and knowledge is to gain enlightenment. Alas the evil Dowry has changed this as well. Young girls and boys today join courses which are tailor made for the best fit and that would give them an opportunity to be the best man of woman in the market called marriage.

When asked why she joined engineering, Rama, a 1st engineering student said “I joined an engineering college so that I get a groom who also pursues engineering”

A satirical web site, Dowry Calculator even calculates the groom’s worth.

The latest trend is sponsoring the higher education of the groom. After spending a fortune on the child’s education, the father has to sponsor even the Master’s degree of their future son-in-law.

Says a father, Krishna “I thought my wife and I could live a peaceful life after my only daughter’s wedding. We bought a comfortable home. But now we have to divert the money to my son-in-law’s post graduation in medicine”

Although there are acts of 1984, 1961 among many others, there are only a brave few who use it and a malicious lot who misuse it.

Says Girija Lakshmi, a warm woman “My daughter in law hit herself and went to women rights commission claiming domestic violence. After a day few of our neighbor’s witness and interference, did they come to know that she has misused the law. Fortunately, I have a good reputation among my neighbors but the harassment at the police station is unforgettable”

What could be a possible solution?

Praveen and Divya met through common friends and fell in love instantly. After consent from their parents, they married and are happily settled pursuing their careers and supporting each other through their hobbies.

Whoever says love is an awful emotion must never have fallen in love.  If Inter caste, inter religion marriages which promote harmony and  can eradicate this evil practice which wombs more evil practices like domestic violence, female infanticide and suicides, then why not fall rather rise in love.