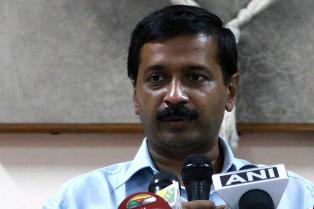 New Delhi: Activist-turned-politician Arvind Kejriwal Friday alleged that brothers Mukhesh and Anil Ambani and Congress MP Annu Tandon, among others, have crores of rupees deposited in banks in Switzerland.

He said this was based on a list of 10 account holders in HSBC bank in Geneva that was passed on to him by a senior Congress leader that was later cross-checked by a team of his India Against Corruption (IAC) organisation.

“In July 2011, the Indian Government received a list of roughly 700 people having bank accounts in HSBC, Geneva. The list contains bank balances of these people in 2006. These names are also part of the list,” said Kejriwal during a press conference here.

The list named the Ambani brothers as having Rs.100 crore each, Congress Unnao MP Tandon of having Rs.125 crore, including another Rs.125 crore in name of her deceased husband Sandeep Tandon and Jet Airways chairman Naresh Kumar Goyal of having Rs.80 crore.

Three brothers who own Dabur have Rs.25 crores in Swiss banks, while Yashovardhan Birla and Kokila Dhirubhai Ambani have accounts with zero balance, Kejriwal alleged in the conference, also adressed by his associate Prashant Bhushan.

According to Kejriwal, the present CBI director once said more than Rs.25,00,000 crore of ill-gotten Indian money was stashed abroad while the Indian government said that an amount of Rs.6,000 crore is deposited in Swiss banks.

He said even as black money was a big threat to India’s economic sovereignty, the union government was trying to shield its perpetrators. “Indian government seems to be more interested in helping the guilty rather than punishing them.”

Kejriwal said the then finance minister Pranab Mukherjee had even planned an amnesty for all the 700 Swiss account holders. He also demanded strict action against HSBC bank for encouraging kidnapping, corruption and terrorism in the country.

“Like America, we should enact a law that makes it mandatory for foreign banks operating in the country to furnish a list of all account holders to the income tax department,” he said, asking the thousands of HSBC bank employees to quit their jobs.