Washington: Inspired by dog’s acute olfactory sense, scientists have develop a chip which can sniff out traces of molecules from an explosive in a jiffy.

These cutting-edge chips could be built into portable, accurate, and highly sensitive devices to detect explosives and narcotics in public places such as airports, railway stations and markets. 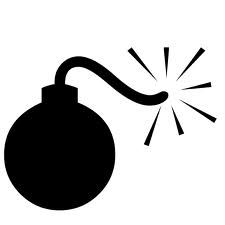 Researchers led by Carl Meinhart and Martin Moscovits, professors of mechanical engineering and chemistry, respectively, at the University of California – Santa Barbara (UCSB), have designed a detector that uses microfluidic nanotechnology to mimic the bio-mechanism of canine scent receptors.

Results show that their device can detect airborne molecules of a chemical called 2,4-dinitrotoluene, the primary vapour emanating from TNT-based explosives, the journal Analytical Chemistry reported.

The human nose cannot detect such minute amounts of a substance, but ‘sniffer’ dogs have long been used to track these types of molecules, according to an UCSB statement.

“Dogs are still the gold standard for scent detection of explosives. But like a person, a dog can have a good day or a bad day, get tired or distracted,” said Meinhart.

“We have developed a device with the same or better sensitivity as a dog’s nose that feeds into a computer to report exactly what kind of molecule it’s detecting,” Meinhart added.

The key to their technology, explained Meinhart, is in the merging of principles from mechanical engineering and chemistry in a collaboration made possible by UCSB’s Institute for Collaborative Biotechnologies.

“There’s a microchannel, which is like a tiny river that we use to trap the molecules and present them to the other part, a mini spectrometer powered by a laser that detects them. These microchannels are twenty times smaller than the thickness of a human hair,” added Moskovits.