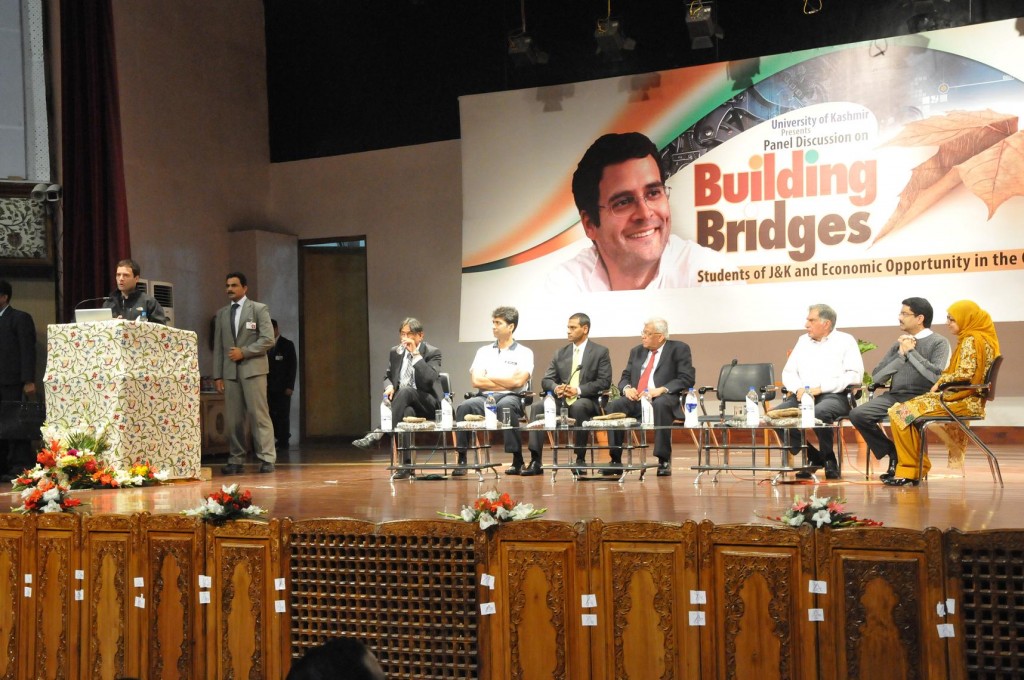 Srinagar: If Congress leader Rahul Gandhi was hoping to strike the right chord with students in Kashmir, his effort seemed to have been fully rewarded at the interaction they had with him and the high-powered business leaders delegation accompanying him here Friday.

Students of Kashmir University, at the varsity’s overflowing auditorium, interacted frankly and freely with the top bosses of India’s leading businesses and industries as Gandhi told them he was here to forge a long-term and sustained relationship with Kashmir, especially its youths.

“I am here to bridge the gap between corporate India and the Kashmiri youths as I look forward to a long-term partnership and interaction with you,” he told the participants.

The top corporate bosses promised internships, campus placements and the setting up of a centre for innovation to generate jobs for Kashmiri students.

Shabina Siddiqui, from the university’s department of education, asked Ratan Tata: “The students of Jammu and Kashmir are very talented, but why don’t they get to work with big international firms and be a part of them?”

The Tata Group chairman assured her that local students would be considered.

“We always look for people with merit. Tata Group of companies will get into contact with the University of Kashmir to launch an internship programme so that the local students can work side by side for permanent employment. It is a commitment given by me,” he said.

Responding to Abdul Waheed, a student from the south campus of the University who pointed out the lack of a technical centre for students of Kashmir to do their IT internships, HDFC chairman Deepak Parekh promised a centre for innovation so that the local students benefit from it. 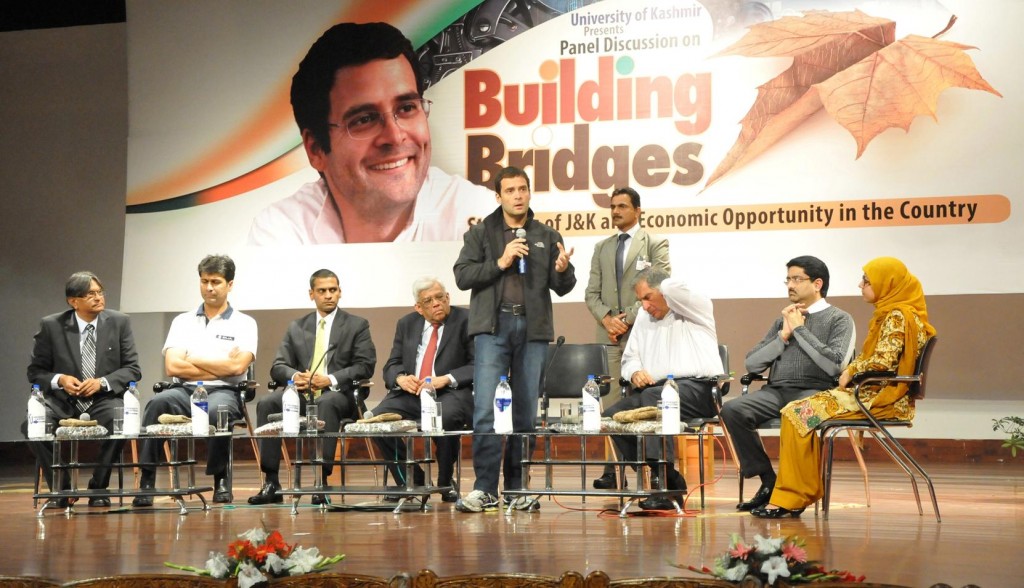 Asked by Omar Ifftekhar, a student of the university’s business school, if the absence of technology and lack of resources in Kashmir was why big business houses were staying away from the state, Parekh said peace was the biggest requirement.

“These are not the real reasons. Peace is the biggest necessity for establishment of any industry. Credit is the lowest in Kashmir Valley as it presently stands at just 40 percent,” he said.

“We need to provide funds to small entrepreneurs and we should increase the credit flow to Kashmir so that there is economic stability to begin with. It would only be after that that the big houses would turn their attention to Kashmir,” Parekh said.

To Yasmeen, another management student, who wanted to know why there was hesitation in affording credit to the people of Kashmir, Parekh said the local tourism industry has started showing growth because the conditions here have shown drastic improvement.

But it has been noted that the local hotels do not have sufficient rooms to cater to the tourist inflow, he noted.

“Our institutions are ready to provide credit in this sector and it is for the people to now start approaching us for credit, which would be promptly provided to them,” said Parekh. 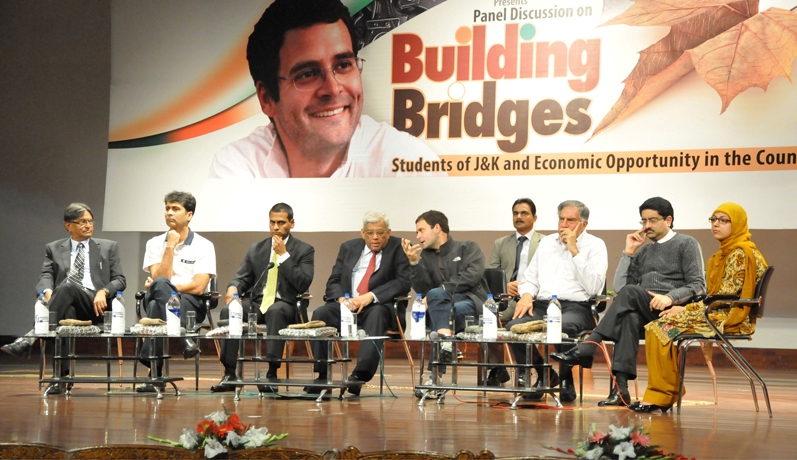 Intervening at this point, Gandhi told the students that peace will have to precede big investments in Kashmir. Only then would all the big businesses come and establish their concerns here, he stressed.

Other leading corporate leaders who interacted with the students included K.M. Birla of the Aditya Birla Group, Rajiv Bajaj of Bajaj Auto, and Ashoka Reddy of MindTree job consultancy/placement company.

At the end of the session, Bajaj promised he would again return to the university in December to interact with the students regarding job placements and creation of innovative opportunities for them.

Interestingly and against the expectations of some, participants did not ask any political questions during the interactive session which lasted for over two hours.