Shimla: At the end of the Day 5 of the MTB Himalaya 2012, a new entry made its way into the top rankings. Narayan Gopal still sticks to his first position, closely followed by Aayman Tamang. At the third position, Army man Vijay Chauhan has marked his presence.

Yesterday, Richard McDowell, one of the most popular riders of the season, won the Best Downhill Rider Award, for his speedy flight down the pine forests of Kullu Sarahan to Bagipul. If viewers and MTB Officials are to be believed, he literally flew past other riders leaving them far behind. 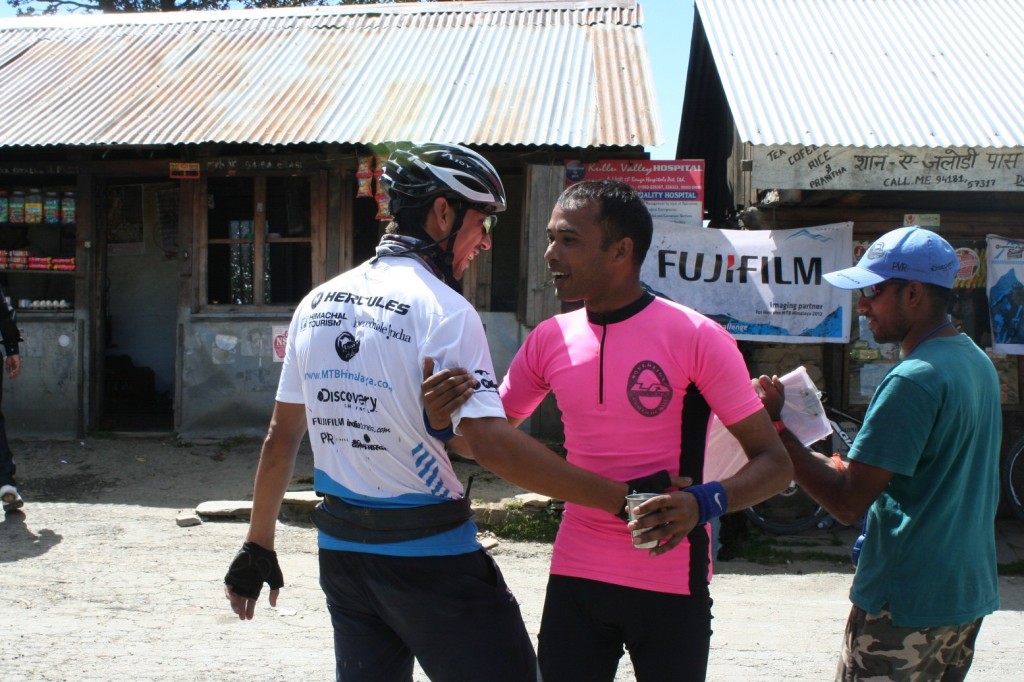 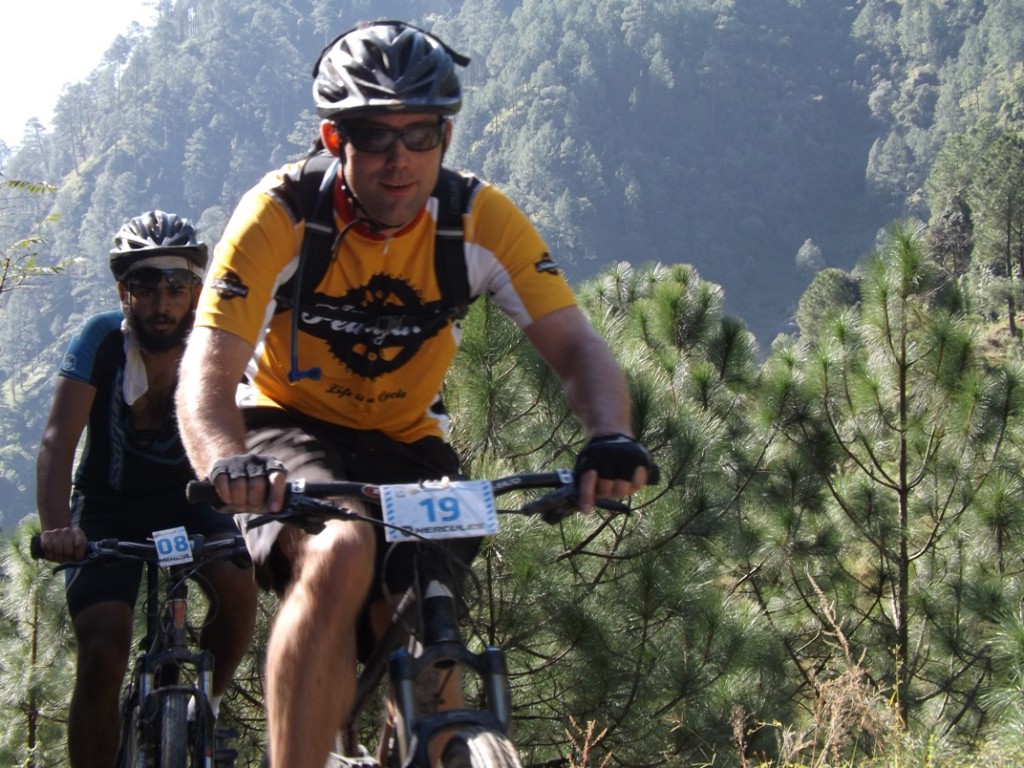 The riders camped at campsite Bahu on day 5, which was yet another school ground.  It was a thunderous rainy night for the riders. Once it cleared up, riders had dinner followed by a good night’s rest, before they woke up to take Day 6 head-on.

The morning of 4thOctober, saw 30 cyclists take off from the campsite at Bahu, to make their way to their final destination for Day 6, Gada Gushaini. The riders covered 60 kms, out of which 44kms were competitive. The format for Day 6 was slightly different from what was followed for previous race days.

The first competitive stretch of the day was an uphill ride, from Ani all the way up to Jalori Pass at 3,120 meters, the highest point in the 2012 edition of the race. A 31 km route, many riders stated that this was the most challenging stretch of the race so far; not just in terms of the distance they had to pedal, but also taking into consideration the constant incline that they had to fight against, the condition of the roads, where riders had to get off their bikes to push it along at some points.

From here riders cruised through the 11 km downhill from Jalori Pass to Jeebhi, before they could set off on the second competitive leg for the day. A 20 km ride from Jeebhi, up to Gada Gushaini, riders fought off the fatigue that had set in from the day’s efforts to make their way to the campsite.

Tomorrow the riders will set up a camp at Craignano by hitting the road up to Kelo Dhar. Craidnano happens to be the last campsite of the 2012 edition of the MTB Himalaya.