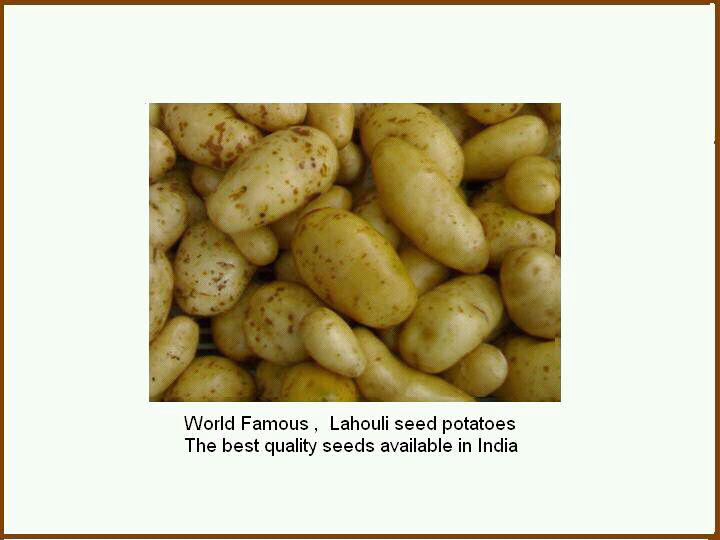 Keylong: Polling in the Nov 4 Himachal Pradesh assembly elections is less than a month away, but in the state’s Lahaul and Spiti district, which remains cut off from the country for almost six months, votes take a back seat to potatoes and politicians are visiting the fields for campaigning.

Ensuring subsistence and harvesting the year’s potato crop is the prime concern of residents of the area these days.

“It’s time we finished harvesting the potato crop and stored it for the winter,” resident Heera Nand Thakur said.

And what about electioneering? That can wait, said Thakur, for nothing should catch him off guard in case winter sets in early.

The entire district normally remains cut off from the rest of the state from November-end onwards, as heavy snow snaps road connectivity. The road links are restored only by mid-May, when the snows melt. During this period, helicopters are the only mode of transport to link the district.

So, there are domestic chores to be taken care of before winter sets in.

“In these two months (October-November) we have to focus just on storing ration, woollens and fuel for ourselves and fodder for livestock to last at least six months. Before storing, we have to earn also (by selling the crop),” said Neena Devi of Sissu village in the picturesque Lahaul Valley.

She said the storing exercise would be completed by Nov 15. “The temperature is going down. We have a few weeks more to finish our chores before it starts snowing,” she added.

Octogenarian Tashi Dawa said politicians have taken to visiting the fields to campaign as people go about their work.

Harvesting of potatoes and, to a lesser extent, apples is in full swing, and farmers are busy transporting the produce for marketing.

The Lahaul Valley is one of India’s major disease-free seed potato-producing regions, with more than 90 percent of the produce going to potato-growing states like West Bengal, Bihar and Karnataka.

In this landlocked district dominated by tribals, the summer is for making money and winter for making merry.

The locals say even a wedding, solemnised in summer, is celebrated in winter. The entire village gathers and celebrates for days together. The consumption of ‘arah’, a local liquor extracted from barley, and ‘challo’, or gambling, are part of every occasion.

Dawa suggests that both the assembly and parliamentary elections be held in December.

“Ballots can now be easily transported from here through helicopter. In December the district is cut off from the rest of the world but it’s interconnected. At that time the locals are free from fields and that is the best time for participating in electioneering,” he added.

Election officials expect good participation in the assembly elections. Lahaul and Spiti recorded 73.4 per cent polling in the last assembly polls of Nov 14, 2007.

The Buddhist-dominated district, spread over 13,835 sq km, is a place of untouched natural beauty, and home to around 22,000 voters.

Elevation in the Himalayan district ranges from 15,000 to 20,000 feet above sea level. There is no town here, and the rural population is spread over 521 villages.

For the Lahaul and Spiti seat, the Congress has pitted Ravi Thakur against the BJP’s two-time legislator Ram Lal Markandey.

While votes will be cast Nov 4, counting will take place Dec 20, after the Gujarat assembly polls are over.